“This is a timeless love story for people of all ages.”

A remarkable love story that explores what love is to real folks as opposed to Hollywood types. It’s superbly scripted, photographed, and acted. The renowned 60-year-old Dutch-born, NYU film school educated, and Australian living director-writer Paul Cox (Vincent: The Life and Death of Vincent Van Gogh) has created a touching masterpiece about love and lust, caring and hope, in a film that is a passionate reminder about how naive it is to think that love is not the most important thing in the world and that death is not a vital condition of life and that art is not what sustains us best. That knowing how to die well is as important as finding someone or something to love. Its cheerful message reminds us to live life fully without regrets, no matter the age, as it reconstructs a past love and brings it to fruition again.

The 69-year-old Andreas Borg (Charles Tingwell) is a widower for the last 30 years, a retired organist and music teacher living in an artistically decorated house in Adelaide, Australia, who is looked after from time to time by his sweet daughter Monique and his household cleaning chores are handled by Maudie. He discovers his old flame’s address and writes her a letter as he’s surprised that Claire (Julia Blake), his lover he hasn’t seen since fifty years ago in postwar Belgium, lives nearby. They’re reunited, have a luncheon date, go to the cemetery because his wife’s grave is on prime real estate and is being moved to another site, and find they still have the same deep feelings for each other despite their long separation and her 45- years of marriage to the honest and dependable John (Terry Norris). She knows she still loves Andreas because he broke down and wept at the cemetery, which tells her how much he loved his wife and of how capable he is to openly love.

Claire has been locked into a routine marriage, where she has given up trying to communicate with her very proper husband and has not had sex with him for 20 years. She believes she has no choice but stay the course and will continue this empty marriage out of habit. John is not a monster, only he smugly loves her as he does his possessions and comfortable lifestyle and is not warm to her needs. She can’t resist telling him the truth when he asks where she was last evening, saying that she went to bed with her old lover–as she blurts out “I’m too old to lie.” She breaks the communication ice by telling him something he doesn’t want to hear, which is the film’s raison d’être. At first, John is too startled to believe what he heard. But he decides to get their doctor son, David, to talk to her about what’s making her mental all of a sudden.

The performances of Tingwell, Blake and Norris are brilliantly nuanced. These are ordinary characters played by great actors, who present themselves in a way most people would react when they question life and look for answers about what they really feel.

The story is not afraid to honestly confront a number of things: cancer, old age, dying, death, societal restraints, sex life for the elderly, a priest and his dogmatic concept of God, and a musician’s search for meaning that has nothing to do with God but everything to do with what is felt in the heart. Plus the film is an unabashed ode to the love, humor, culture, wit and zest for life that is needed to make one’s life meaningful.

Its most telling scene comes near the conclusion, of Andreas emotionally playing Jerusalem on the organ church for his love of Claire. She has been cared for by her son because of her weak heart, and will die listening to that piece. As Andreas says at an earlier point in the film, doctors like to say death is caused by a disease–but he believes it’s caused by old age; that it is part of the life process and must be candidly faced. And that is how it’s faced in this film.

All these themes have been done numerous times before, but Cox keeps the story focused on love and courageously shows the old couple making love and giving in to their sensuality; and, also, how human and vulnerable and cloying they are. This kind of honest love story is rarely done in movies and here it is done naturally, with an intelligent sensibility and with much feeling. The lovers reactions are as normal as a knee reflex after being tapped, though society might not agree about the adultery. The reunited couple are afraid, but are hungering for love. The cheated husband turns bitter, foolishly following them to a restaurant and torturing himself with doubts about his life. But, for the first time in his life expressing the true emotions he’s feeling. But it’s too little and too late.

In flashbacks we never learn much about the couple in their youth and why they parted, though we sense it was through a lack of communication as all their youthful gestures were sexual. We see young Andreas and Claire making out on riverbanks and coming together on train platforms. In the present, they are grabbing onto each other afraid to let go. They are saying cliché things like “Goodness never dies” and “It’s now that matters.” But it all seems right for them to be so openly in love after so many years of loneliness. As in real life, people marry for a variety of reasons and love is often not one of them. People usually marry because the timing is right and they are in need of someone else’s company, and sometimes they luck out and marry the right person. This film understands that, and it has created a very credible love story about two sensitive people who are not afraid to show how vulnerable and sincere they can be when given a second chance.

This is a timeless love story for people of all ages. You sense that this elderly couple has found what is real even if their words can’t go past saying things that might sound stale. The film just tells their story with the emphasis being on love, therefore there are no regrets about the past when these innocents know there’s still so much life to live. A truly difficult film to accomplish without becoming maudlin or sentimental, but the result is a tremendous achievement in getting to what love is without a sneer or hint of irony. A tasteful and humanistic film that goes against the grain of all those contrived teenage romance films and those star power vehicles that only pretend they are telling about love. This one is the real thing and deserves to get some box-office besides all the expected critical acclaim it will receive as one of the best love stories ever. 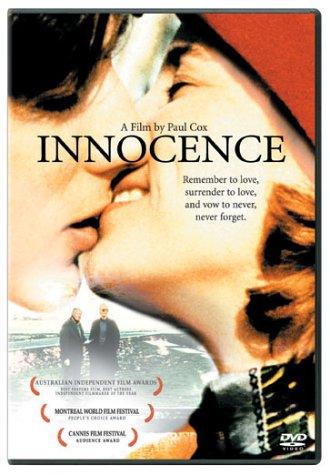