A lurid B-film mystery, saved only by the film’s ability to incorporate comedy into the story. The title is taken from the famous radio show, though there’s no connection to the show.

The film opens with Harold Dunlap (Charles Russell) killing a woman on a train station and dumping her body back onto the train. Soon a freckled face kid, Mike Bennett (Belding), with gangly straw-colored hair appears and notices blood on the stranger’s suit sleeve. The kid also says he saw the stranger throw a package into the train. Dunlap tries to kill the kid; but when the kid hears shouts from his frantic mom (Lee Patrick) he runs home, telling Dunlap his mother forbids him to go to the station at night.

Anxious to get out of the northwest small-town, Dunlap hitches a ride with a newspaper man, McFee (House). But, because the river overflowed all the town roads are closed. McFee gives him the address of a boarding house to stay until the roads open. The one who answers the boarding house door is the niece of the landlady, Jean Maxwell (Mary Beth Hughes). She’s an attractive woman, one whom Dunlap would go out with in a NYC second if not for being on the run. Thelma Mitchell’s (Nana Bryant) boarding house also has two old codgers (Ates & Parks) staying there, plus the train station kid and his mom.

Jean came from San Francisco to live in Thelma Mitchell’s house over two years ago, when she was crushed to find out her boyfriend was married. She laments that she always goes out with the wrong kind of guy. Jean eventually digs out of the reticent Dunlap that he killed his wife because she took his money and gave it to another man. When she asks Dunlap to take her away, he responds “You’re very pretty when your lips aren’t moving.”

Dunlap feels trapped in the boarding house and knows sooner or later the kid’s going to realize it wasn’t a package he saw being dumped, but a body. He thereby fakes an ankle injury to get the kid into his room, so he can kill him. But Jean enters the room and when she notices Mike tied up she says, “You’re even too bad for me.”

The kid escapes to the river and is found by the boarding house search party. Meanwhile, Dunlap goes back and sits with Jean on the porch swing waiting for the cops. He tells her if his wife stayed on the train from Seattle, she’d be alive and I’d be a free man. The story had a forlorn noir feel. The twist at the end is that we learn the story is told by an old man (Leiber)who was on the train with Dunlap’s wife, who told her not to get off to see her husband on the station. 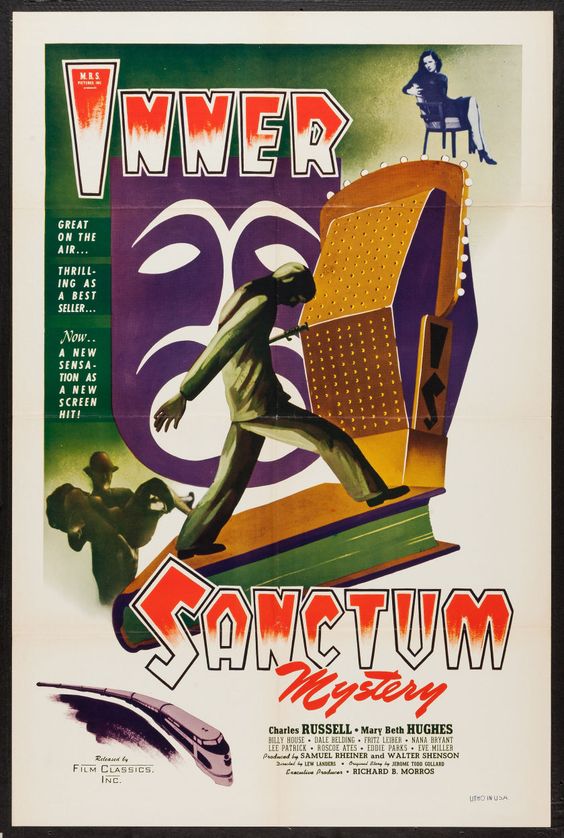