“Manages to make a familiar love story fresh and perceptive.”

Curtis Hanson’s (“8 Mile”/”Wonder Boys”/”L.A. Confidential”) pleasantly manipulative family drama/comedy is based on the 2002 slick bestselling novel by Jennifer Weiner. Susannah Grant handles the screenplay with a sentimental and mushy script that overrides these faults to somehow remain touching, intelligent, genuine and poignant. It comes on like a Chick Flick, but becomes more than that as it manages to make a familiar love story fresh and perceptive. Credit must go to Hanson and his ability to never lose focus on his flawed characters as real people trying to handle their real problems in a real way, and to a superb cast from both an expressive Cameron Diaz and Toni Collette to the supporting cast of a vulnerable Shirley MacLaine, a sincere Mark Feuerstein, and a wisecracking funny Francine Beers.

It’s a story of Philadelphia sisters who are vastly different, the responsible older, plain looking, corporate lawyer Rose Feller (Toni Collette) and the irresponsible, slutty, poorly educated, unemployed, thievish, narcissistic, ditsy, beautiful Maggie Feller (Cameron Diaz). Maggie is a dumb blonde hedonist who relies on her looks to have a fun life. Rose pictures herself as a fatty, though she’s only slightly overweight, who makes up for her physical insecurities as a workaholic. Each craves what the other has and this causes a tension that haunts their close relationship and makes them resentful of each other. Rose is displeased that she still has to look after her immature sis at inconvenient times, such as when she’s sleeping with her hunky boss Jim Danvers (Richard Burgi) and gets a call that Maggie passed out drunk at a party celebrating her tenth high school reunion and that she has to bring her back to her apartment. Their father (Ken Howard) has remarried a sour-puss named Sydelle (Candice Azzara), who treats both sisters with contempt and doesn’t want them living in the house.

The sisters were raised by their dad after their mentally unstable mother died in an automobile accident. Visiting the family house, Maggie while searching for hidden money to steal stumbles across holiday cards written to her by her elderly grandmother, Ella Hirsch (Shirley MacLaine), that her father never gave her. When Maggie’s kicked out of Rose’s place for sleeping with her boyfriend and having Rose’s car towed after she borrowed it without permission, the younger sister feels lost and visits the grandmother she hasn’t seen for years in Miami.

In granny’s environment, she makes an effort to fit in with the group of senior citizens living there. Soon granny recognizes that Maggie came to sponge off her and gets her a job in an assisted living center. An old professor with poor eyesight (Norman Lloyd) asks her to read an Elizabeth Bishop poem and recognizes her reading problem is due to dyslexia. Meanwhile Rose reluctantly begins a romance with a dorky lawyer in her firm, Simon Stein (Mark Feuerstein), after she quits the firm over the embarrassment her boss caused her. Rose, now a professional dog walker, though at first not attracted to Simon is won over by his persistence, charm and sincerity.

By the third act all three generations are brought together in Philly, as it ends on a conventional note as these sitcom comedies mostly do. But the savvy director allows us to have our happy ending while never short-changing his characters, whom he treats with love and respect and never minimizes their concerns as real problems that moderns have to deal with even if one can question if in real life the opposite sisters would ever remain close. It’s a warmhearted film that felt just right in the hands of this gifted director and harmonious cast, giving us an Elizabeth Bishop sense of hope that it’s worth trying to find love and friendship rather than simply throwing in the towel for what seems lost. There’s not too many mainstream films that read poems from poets as respected as Bishop and e.e. cummings, and use the poems appropriately to advance the story. 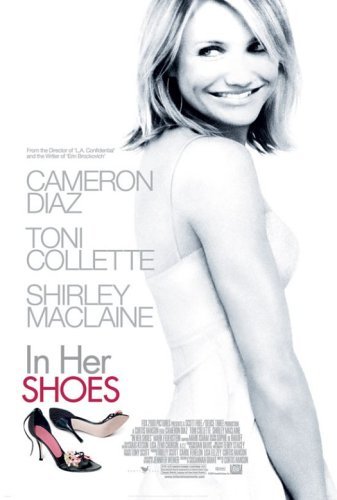