IN HEAVEN THERE IS NO BEER?

Documentarian Les Blank’s (“A Well Spend Life”/”Sprout Wings And Fly”/”Dry Wood”) joyful tribute film to Polish-American polka music. It starts in Connecticut, at a New London beach, in the 1960s, where Dick Pillar, founder of the Silver Springs Polkabration, offered polka music dancing at an event called “Polkabration.” Because of its initial success the event became an annual 11-day festival during the summer. Tourists flocked for the dancing, the beer and to have a good time with the other polka fans. Incidentally, the Polkabration has been discontinued in recent years. Other hotbeds of polka music uncovered were in Pennsylvania, Chicago, Wisconsin and Minnesota.

The film mainly shows people having fun dancing, dressing up in colorful casual outfits and showing off their Polish pride. Some interviewed say such dancing refreshes them to go back to their routine life. The song made polka famous by Walt Soleky, ” “Who Stole the Kishka?”, a sausage, is acted out by the film’s editor Maureen Gosling. 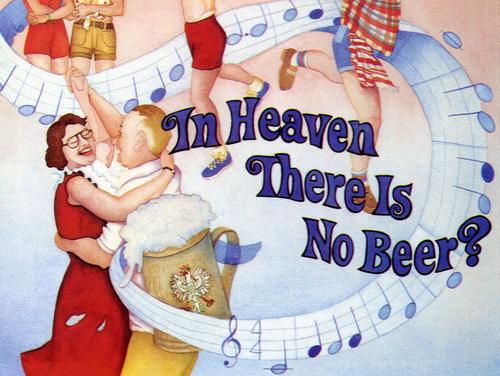