“Pleasing in an old-fashioned way.”

Matthew Broderick makes his debut as director and plays the 1965 Nobel Prize-winning nuclear physicist Richard Feynman as a young adult and tells of his doomed romance with his high school sweetheart. It’s adapted from Feynman’s two autobiographical books, ”Surely You’re Joking, Mr. Feynman!” and ”What Do You Care What Other People Think?”. The intelligent and warm-hearted story never picks up a head of steam to get out of its inertia and ‘disease of the week’ mode, but it has a charm and is pleasing in an old-fashioned way. Matthew’s mother, Patricia Broderick, hands in the screenplay and is also one of the film’s producers.

It opens in 1924 with the precocious 6-year-old Richard asking his tailor father (Peter Riegert) a bunch of questions whereby dad shows he somehow has a keen awareness of science and encourages his curiosity. It then moves to 1934 with the brilliant high school student Richard living in Far Rockaway, Queens, and meeting at a singing session the love of his life, the artistic Arline Greenbaum (Patricia Arquette), his attractive neighbor. In 1941, after graduating from MIT and accepted into Princeton’s graduate program, Richard finds out his girlfriend has an undetected mysterious disease that is possibly Hodgkin’s Disease. Richard reluctantly goes along with the doctor’s wishes not to tell Arline she has the fatal disease and instead goes along with the doctor’s glandular trouble diagnoses. Going against his parent’s wishes, Richard marries Arline. When the physicist is recruited in the late 1940s by J. Robert Oppenheimer from Princeton for the Manhattan Project, to help build the first atomic bomb, he takes the ailing Arline to a hospital in Albuquerque and while he works at Los Alamos commutes 100 miles on weekends to visit his wife.

The genius physicist helps uncover the secrets of building the bomb, but is unable to help his wife overcome her fatal disease despite thoroughly researching it in medical books. The uneven movie loses its traction when the romance moves to New Mexico and the slow-pace seemed like a death march. 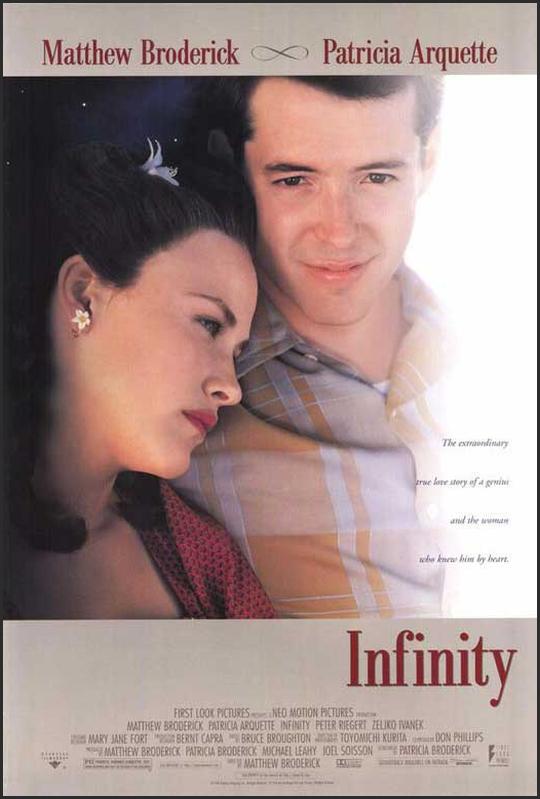