INCIDENT ON A DARK STREET (TV)

Buzz Kulik (“Warning Shot”/”Villa Rides”/”Shamus”)mechanically directs this routine crime drama, that’s made for TV.Writer E. Jack Neuman hands in a polished but flat screenplay. It’s a by-the-numbers procedural following how the U.S. District Attorney’s office operates on a daily basis. The plot centers around a small-time hood who is murdered as he is about to blow the whistle on the syndicate–which is how the title is derived. It was a pilot for a series that would have been titled The Prosecutors, but had no buyers.

Peter Gallagher (David Canary) and Paul Hamilton Jr (Robert Pine) are two green law school graduates, sent to work at the Department of Justice’s office in Manhattan. Their stern boss is Joe Dubbs (James Olson). We follow them on their first cases. Pete’s case involves convincing a marked low-level mobster Frank Romeo (Richard S. Castellano), whose brother Vinny was bumped off before he could turn a dime on the syndicate, to take his brother’s lead and blow the whistle on local government officials (Murray Hamilton & William Shattner) on the take from organized crime boss Leopold (Gilbert Romano) by rigging bids on government contracts. The feds want to take down the powerful mafia boss, and put the squeeze on Frank to cooperate. Frank’s promised immunity and relocation in the ‘witness protection’ program, and seemingly has no choice since there’s a mob contract on him. Paul’s case is about whether or not to prosecute a seemingly clean cut family man, Trenier (James Davidson), of being the bag man in a drug deal.

Not much to get excited about, but it’s watchable as a mindless time killer. 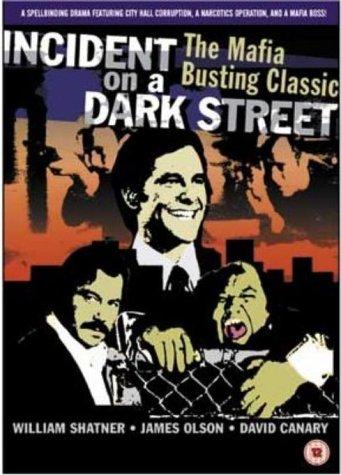