“There’s an authenticity about this work that gives it a chilling flavor.”

First-time Korean-American writer/director/editor So Yong Kim in a minimalist style paints a troubling picture of loneliness and the difficulty in assimilating into the Western culture for a South Korean teenager girl immigrant in a grimy part of an unnamed Western city (probably Toronto since it was filmed there) during the bleak winter season. The director based the film on her own experience growing up in Los Angeles’ Koreatown. The title is lifted from “In Between Days,” the 1988 song by The Cure.

The focus on the film is on Aimie (Jiseon Kim, first time actress who was discovered working as a waitress in a NJ Korean cafe), a round-faced girl who is still not fluent in English but drops out of her English Second Language class to spend her afternoons at the arcade with her only friend Tran (Taegu Andy Kang). She lives with her hard-working but cold mom (Bokja Kim), who is rarely home as she’s busy looking for another bread-winner. Her dad deserted mom and still lives in Korea. Aimie writes dad and urges him to come here to reunite with the family, telling him that everything is going well for her and that he would love it here as she paints a false pretty picture of her new country. The truth is somewhat different. Aimie is rejected by the more Westernized Korean immigrant girls and awkwardly hangs out with Tran, as they chat in Korean, play video games and, at times, he fumbles around making romantic overtures that she always says no to. To kill time, she even gives him a painful homemade tattoo. Though she doesn’t want to be his girlfriend, she gets jealous when he chats up other girls.

Tran, who we never learn anything about, gets thrown out of his place and crashes in Aimie’s place, where she hides him from mom by having him sleep in her bedroom closet.

That Aimie seems all bottled up and unable to fit in, makes this a sad film that refuses to be sentimental and give her an easy way out. The problem seems to be that she has no one at home to guide her, and the teen is suffering from uncertainty about her situation, her identity and confusion about what she should do. That she receives no help from family or the educational institutions, seems to be the filmmaker’s subtle message about how easy it is to overlook the loneliness of a quiet girl who makes no trouble. Ms. Kim refuses to let us know too much more than what is basic to the story, as a result we are left with too many missing pieces to sort things out for sure except to note that the mostly gray weather seems to match the heroine’s downcast disposition.

The film is somewhat compelling despite not coming up with anything consequential to say about loneliness. It’s a self-assured work that paints a realistic portrait of an immigrant Korean teenager’s emotional disconnect with her new setting. Though flawed because of a failure to execute several missed opportunities and being too static, there’s an authenticity about this work that gives it a chilling flavor. 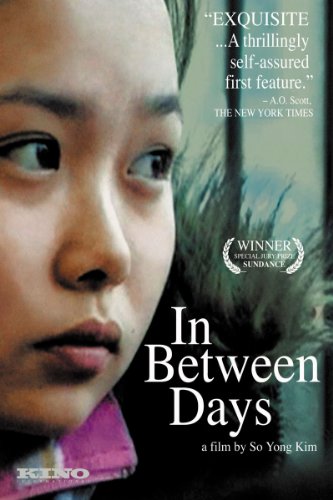