A moving personal documentary made in 2005 (but started in 1999) by Jeremiah Zagar of his eccentric and tormented 68-year-old father Isaiah Zagar, one of Philadelphia’s most visible visual artists for the last thirty years known for his unique colorful mosaics that decorate many buildings in his South Philly neighborhood and throughout the city. The film was inspired by Jeremiah’s loving mom Julia, who runs the Eyes Gallery. The mosaics, made from a wide assortment of materials that include tile, shards of crockery, bottles, bicycle wheels and mirrors, tell the artist’s life journey, his love for his wife and they also push the envelope in letting out some of his darker side.

The artist’s life is chronicled mainly through him being interviewed, as we learn firsthand of his hippie days protesting the Vietnam War in the 1960s, his mental breakdown where he was briefly incarcerated in a mental hospital, how after 43 years of marriage he foolishly broke the heart of his loving wife with an affair with one of his assistants, his suicidal depression afterwards and his displeasure over his inability to help his married rehab bound oldest son Zeke kick a drug addiction.

Through it all the film presents the artist in a genuinely open manner, as he reveals some of his darkest and most painful secrets such as being molested as a child by an older male, how at age 29 he tried committing suicide and his love for Julia that got him through his darkest days. The amiable, good humored, pensive, moody and self-absorbed Isaiah is capable of both great family love and of acting in a dysfunctional way; the devoted Julia, after a brief separation, was able to forgive her lifetime partner and reunite with him.

This is a loving tribute from Jeremy to his father (one artist to another) for being there for the family all these years and to recognize him for being an innovative committed artist. It effectively uses home movies, showing the artist himself at work and, its best highlights, examples of Isaiah’s stunning mind-blowing art work that graces the city. The tell all documentary paints a painfully complex portrait of a man still wrestling with his inner demons while also still searching for his inner truth, but at the end of the day is someone proud of his work that so many in Philadelphia have seen spruce up their neighborhoods. It seems as if the resilient Isaiah’s shattered life is put back together just like the shards are in his art. 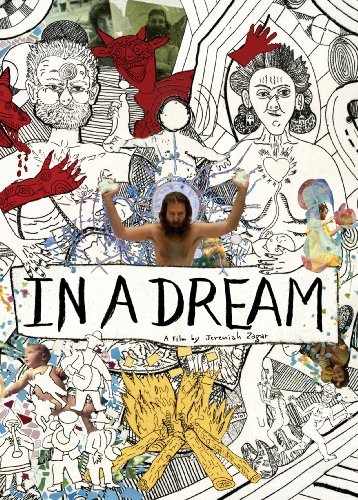