Bad boy Spanish filmmaker Pedro Almodovar(“Talk To Her”/”All About My Mother”/”Volver”) is writer-director of this disengaged silly spoof of those ’70s disaster movies. Almodovar keeps things outrageous and campy in his effort to channel the viewer’s freaky side (finding gayness even in the most unlikely spots).

The story revolves around a technical failure discovered on the Penisula Flight 2549, a flight from Madrid to Mexico City that is forced to keep circling Toledo looking for the air controllers to find for them an airport to meet their special landing conditions. Meanwhile during the emergency situation the woman stewardesses have drugged all the passengers in the economy section so by sleeping they can manage the stress of “economy class syndrome.” The flamboyant crew of gay male stewards in the first-class section (Carlos Areces, Raúl Arévalo, and Javier Cámara) do their bawdy thing to keep from freaking out over the possible catastrophe, which is to drink heavily a cocktail mixed with tequila and mescaline, gossip and blurt out whatever is on their mind to crew and passengers alike even if they are things better left unsaid. They also dutifully turn their full attention to serving the frightened passengers, each with their own story, and try to meet all their needs even if goes against airplane regulations. The cute boys bring out the bisexual urges in both married pilots, the captain (Antonio de la Torre) and co-pilot (Hugo Silva), and comfort the sleeping newlyweds (Miguel Ángel Silvestre and Laya Martí) when they awaken, get on with the famous dominatrix (Cecilia Roth), bring out the best in the corrupt banker (José Luis Torrijo), help discover the dangerous mission of a mustachioed mystery man (José María Yazpik), let the intruder from the economy class, a self-described nutty psychic ( Lola Dueñas), carry on about her ominous visions she had the other night about the flight, and let the womanizing actor (Guillermo Toledo) act out how to handle in public a sticky situation in Madrid between two sexy women (Paz Vega and Blanca Suárez) he had affairs with and is holding a phone conversation with them while they are on the ground.

Penélope Cruz and and Antonio Banderas have a prankish cameo as airport workers on the ground.

My problem is that I didn’t find the farce that funny; in fact, I thought it was just a lazily made paper thin raunchy film, whose machinations were too belabored to be exciting. Incidentally, the English-language title was lifted from the Pointer Sisters song — which gets lip-synched in a kitschy mid-movie turn.

I think if the Three Stooges were part of the plane crew it would have given the pic the proper depth it was trying to find in space and they would have made the juvenile sex antics more amusing and anarchistic. 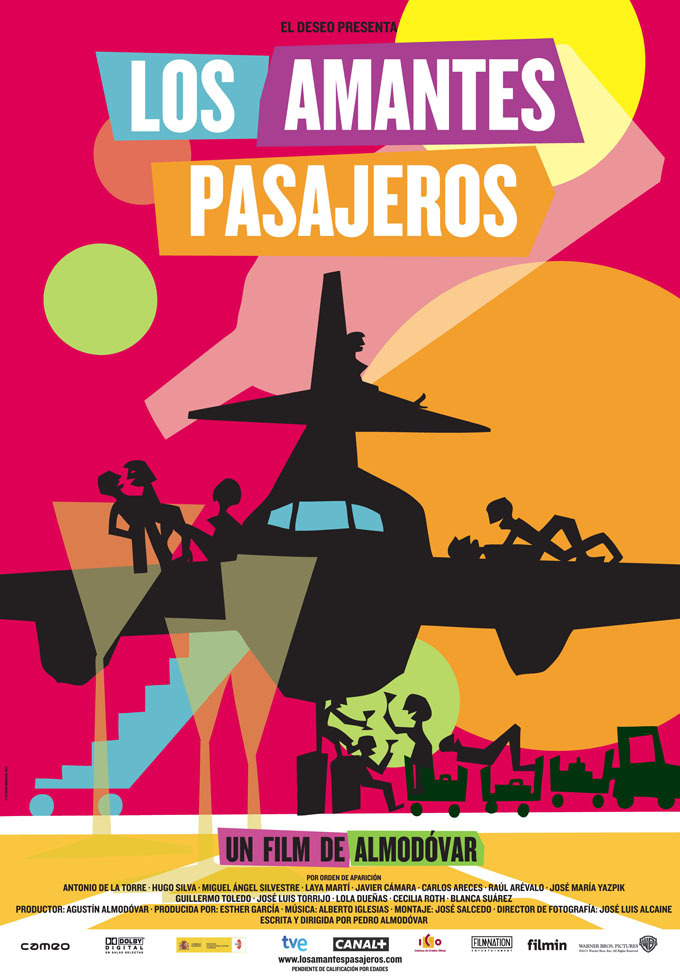