“I grew weary of all the Keystone-age antics.”

The Impostors serves as veteran actor Stanley Tucci’s directing debut (he co-directed with Campbell Scott Big Night). It’s styled in the manner of old-fashioned comedy dating from the silents to the slapstick of Laurel and Hardy to the early Woody Allen shticks; it starts off fast with many hilarious scenes, but everything wanes once the action takes place aboard a luxury liner.

It focuses on two Depression-era, unemployed vaudeville actors, Arthur (Tucci) and Maurice (Oliver Platt), a likable duo who would rather con people than do an honest day’s work. They fake a fight at an outdoor cafe, aspire to be serious actors in an audition for a theater director (Woody Allen in an uncredited cameo), stage a pastry shop argument to get free food, and end up insulting belligerent alcoholic Barrymoresque actor Jeremy Burtom (Alfred Molina) on Broadway in Hamlet. After that scrape with the famous but untalented actor the duo tries to elude him and avoid arrest by hiding in a crate, but they end up as stowaways on a cruise ship bound from New York to Paris when the crate is loaded on board the ship. Burtom’s also on board, so to elude detection they pose as stewards. They come into contact with a bunch of hammy passengers and crew members, which gives them an excuse for much forced comedic antics and a chance to do some heroics to save the day when they learn the ship is in danger.

Some of the loony characters aboard the ship include: Germanic crop-wielding purser Meistrich (Campbell Scott) who is chasing after the sincere American sweetie head stewardess Lily (Lili Taylor). But she goes for ship detective Marco (Matt McGrath). Others on board include an aging tennis star with a thing about buttocks (Billy Connelly); a former deposed Baltic queen who can’t stop wailing (Isabella Rossellini); a suicidal lounge singer (Steve Buscemi); and an anarchist revolutionary (Tony Shalhoub) planning to bomb the liner.

Though the performances were energetic and the screwball comedy theme goes to the max, I grew weary of all the Keystone-age antics and disguises and pies in the kisser type of comedy, and just wanted to retreat back to my cabin and watch a Buster Keaton flick. 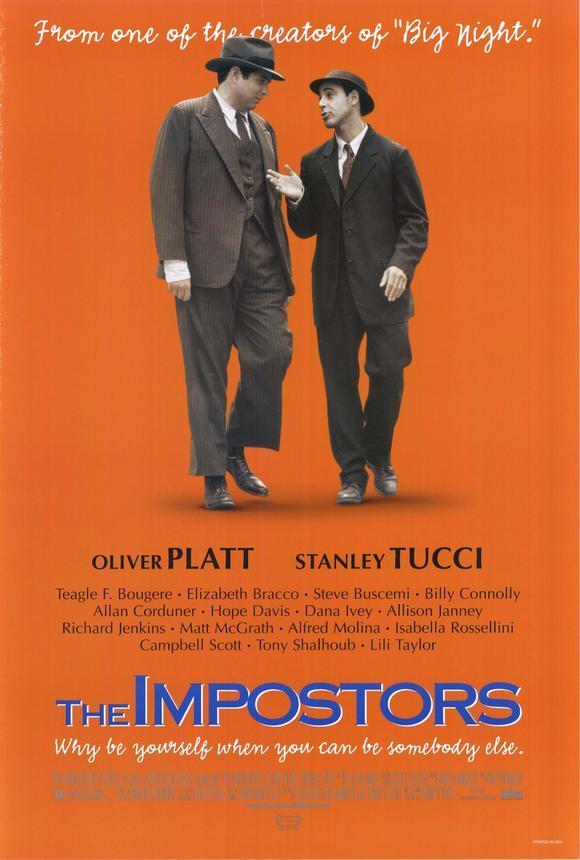