“It mainly holds one’s interest because the story is so oddly told.”

A strangely conceived neo-noir tale, set in a decaying fictional English seaside resort town called Farhaven. It’s a slow-moving visual piece, setting a bleak moody atmosphere as it touches on voyeurism and misplaced love and obsessions and childhood abuse. The film’s title comes from an Elvis Costello song of the same name.

The film is seen through the eyes of a scraggy, mute fourteen year-old Yugoslavian refugee boy, Honda (Luka). He has not spoken since he found the body of his mother who committed suicide. He’s in the habit of riding his bike around town and of recording private conversations. When he runs into attractive 23-year-old hairdresser, Helen (Weisz), he becomes obsessed and starts stalking her and giving her presents and secretly recording her conversations, all in the hope that she would sleep with him.

Helen has trouble dealing with the sexually aggressive men she dates in town. She withholds sex from her deejay boyfriend Bob (Daniels), much to his displeasure after going out with her for half a year. There are hints that she was sexually abused as a child by her father. The film slowly keys in on what’s been bothering Helen for the last nine years, as her former boyfriend, the 33-year-old Martin (Nivola) has been released on parole a year ago after serving eight years for murdering her father. They were lovers, with Helen being under-aged, who got caught in the sack by her father. She does not want to see him. But Martin is obsessed and can’t keep away from her any longer, even though he knows he would be violating his parole and would be sent back to prison for another five years.

Honda lives with his sexually liberated, older, nightclub singer sister, Smokey (Labina), who does what she likes without having any inhibitions and enjoys her frequent one night stands. All the characters intermingle without realizing the dark secrets each has. Martin, as he stalks Helen, does not realize that the refugee child has Helen under surveillance and has a deep need for her love. In order to relieve his sexual tensions Martin has exotic strippers do private lap dances for him, as Costello’s ‘I Want You’ plays. One day Helen lets him make love to her, but she then reports him to his probation officer as stalking her. The confused Martin goes to see her for one last time before he plans leaving town, and he cries out for the troubled woman to tell him that she loves him. This ill-fated relationship comes to a sudden tragic culmination, which gives power to all the visual images leading up to this surprising climax.

Martin’s so obsessed that he can’t make love to the more than willing Smokey, as he burns inside from anger and alienation and frustration. But the story is too slight to make much inroads into the emotions; the power in the film comes from the aftershocks that set in long after viewing the film. That is when one has time to reflect back on the destructive relationship and all its implications. It mainly holds one’s interest because the story is so oddly told and all the characters seem to have dark sides ready to burst open at any time. When they do, it seems to make sense. Its best cinematic feature comes by way of Polish cinematographer Slawomir Idziak, who uses his noted method of filtered filming to great advantage to capture the angst of the characters and their dark love life. 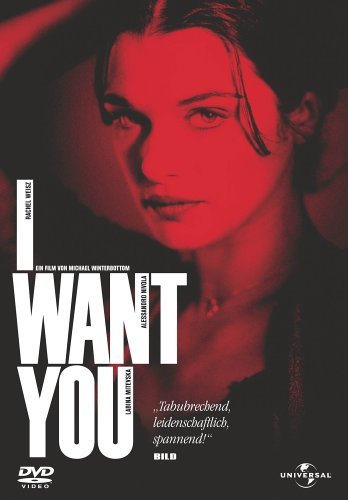