“Under Gardner’s heavy-handed direction it doesn’t transfer well from stage to screen.“

The Tony-winning 1986 play by Herb Gardner (“Something Wild”/”The Goodbye People”) pays homage to seniors and those who fight the system despite the odds against them. Gardner mixes cliches with social commentary poignancy in this sweet but contrived comic tragedy. When violent realism becomes too harsh in its Manhattan Central Park location, so does the film.The loud-mouthed Jewish eccentric radical Nat Meyer (Walter Matthau) and the African-American subdued apartment superintendent, a former boxing champ, Midge Carter Midge (Ossie Davis), are opposite octogenarian pensioners who meet regularly on afternoons on a park bench in Central Park to converse about their grievances. The animated Nat wants to change the world, while Midge prefers peace of mind.Their relationship is an uneasy one. The film is also an uneasy one. When a CP bad character named Cowboy (Craig T. Nelson) declares the park is his turf and tells the seniors to scram, the seniors try to fight back. Matthau’s hammy performance is a matter of taste (too much for mine), while Davis is more pleasing playing a quieter character who survives by dodging confrontations. Under Gardner’s heavy-handed direction it doesn’t transfer well from stage to screen–the slap-stick shtick seemed out of place, and the action was too slow paced. 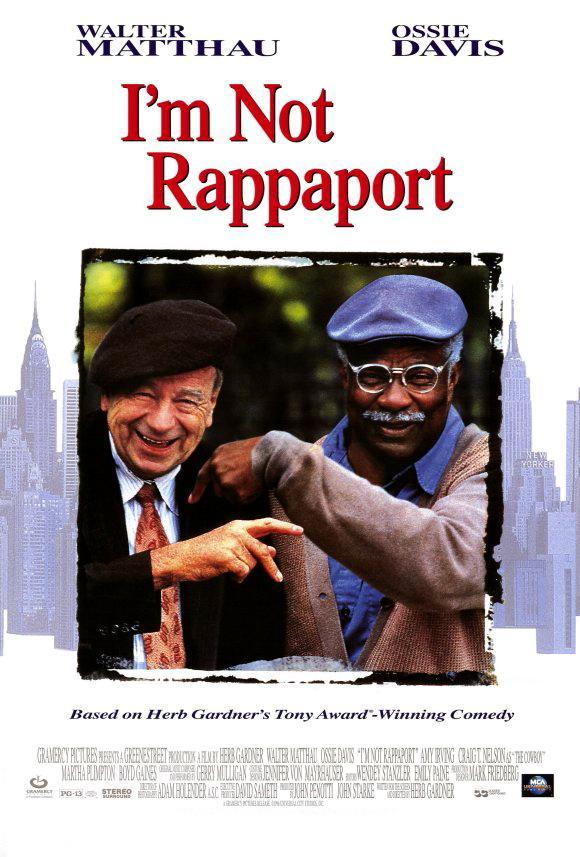