“An understated film that touches on greatness.”

The acclaimed 92-year-old Portuguese filmmaker Manoel De Oliveira(“Abraham Valley”/”The Convent”/”A Talking Picture”)is still at the top of his games. This slight pic is a delightful, heartfelt and poignant observation of the 76-year-old great French actor Michel Piccoli at work and on leisure time, as he plays the part of respected veteran actor Gilbert Vance who goes on acting after learning at the end of his stage performance in Ionesco’s “Exit the King,”that his wife, daughter and son-in-law have all died in a traffic accident. As a result, Piccoli adopts his young grandson Serge (Jean Koeltgen).

Piccoli copes with the tragedy by going regularly to his favorite cafe, warmly playing with the battery-powered cars of his grandson and shopping, and insisting on working on only serious projects. The serious actor tells his noxious agent (Antoine Chappey) that a TV role in a vulgar action series is not the kind of role he wants even if the pay is outrageous and that he has no interest in having an affair with a much younger actress (Sylvie Leonor Silveira) who told his agent that she wouldn’t mind. Later the cloying American director John Crawford (John Malkovich) convinces Piccoli to take a small part in the English-language movie production of Joyce’s Ulysses, which worries the actor because he’s not sure how his English will hold up and realizes he’s not suited for the role.

Though the plot doesn’t sound like much, what Oliveira does with it is just superb. It’s an understated film that touches on greatness because the director is able to evoke the same charm and intense mood Bergman did for his elderly professor subject in Wild Strawberries. It’s a flawless film, one that has a way of pleasantly staying with you long after seeing it. 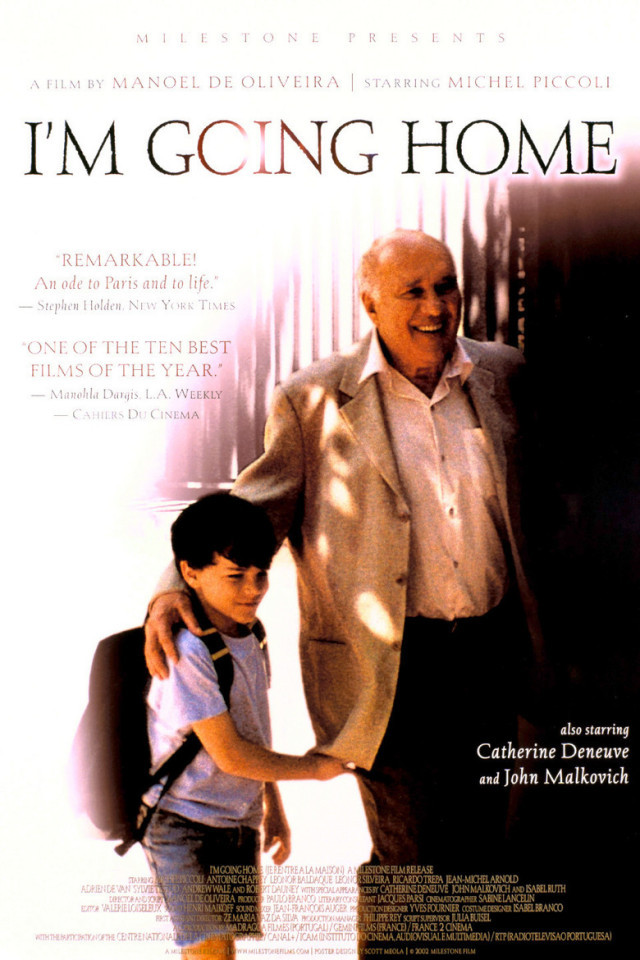