I MARRIED A WITCH

Delightful American romantic/comedy fantasy film directed by Frenchman René Clair (“It Happened Tomorrow”). It’s based on the story The Passionate Witch by Thorne Smith and completed by Norman Matson when Smith died from a heart attack in 1934. Smith also penned the novel Topper. The screenwriters are Robert Pirosh and Marc Connelly. The film was the inspiration for TV’s Bewitched (1964-72).

Salem witch Jennifer (Veronica Lake) and her sorcerer father Daniel (Cecil Kellaway) emerge as puffs of smoke from an oak tree when a bolt of lightning hits it. It’s where they were burned at the stake in 1690 by the Puritan descendants of Wallace Wooley (Fredric March). Jennifer put a curse on the Wooley males, as each Wooley through the ages must marry the wrong woman. They now haunt Wallace, the latest Wooley descendant. He’s a candidate for governor and is about to marry, Estelle Masterson (Susan Hayward), the daughter of the wealthy newspaper publisher J.B. Masterson (Robert Warwick).

The spirits hide inside wine bottles until they both take bodies, as Jennifer is attracted to Wallace and plans on upsetting his wedding plans by romancing him and thereby making his life miserable. Dad burns down the Pilgrim Hotel and when everyone exits safely, Wallace rescues Jennifer after he’s the only one who can hear her cries for help. This creates embarrassing problems, as she won’t leave and spends the night in his bedroom. The discovery is made by Wallace’s prudish maid Margaret and his campaign manager Dudley (Robert Benchley).

Dad gives daughter a love potion that’s guaranteed to make the resisting Wallace fall for her and ditch Estelle, but Jennifer drinks it by mistake. She now falls hopelessly in love with Wallace. It’s fun to watch the spirits break up the wedding to Estelle and when Wallace’s loose character is attacked by his former backers Jennifer, who succeeds in marrying Wallace at a justice of the peace, puts a spell on the whole state so hubby wins the election by getting every vote.

The special effects were great; the lighthearted comical atmosphere set a grandiose whimsical mood; under Clair’s fluid direction the film remains unpretentious and witty. Lake is a joy to behold as the spirited gal bent on mischief; while Kellaway steals the pic by topping Lake with his malicious bag of tricks. March is stiff as usual, but it works here because he’s a fine foil in the part of an ambitious puritanical politico. Everyone seems to be in top form, though March reported later he hated working with Lake and would never do so again. Nevertheless, they had great chemistry together in this pic. 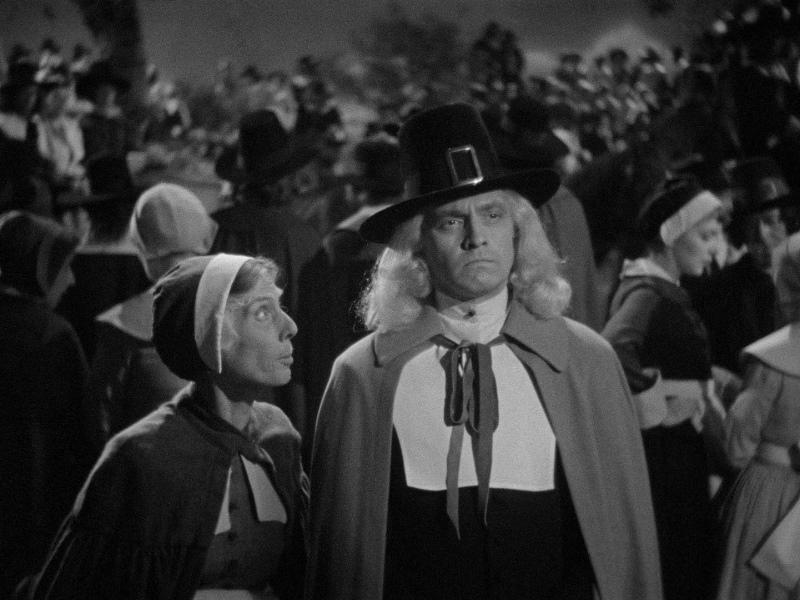