I MARRIED A MONSTER FROM OUTER SPACE

“One of those many 1950’s cheesy hokum low-budget Cold War paranoic sci-fiers.”

One of those many 1950’s cheesy hokum low-budget Cold War paranoic sci-fiers, but this one is entertaining and competently made and given a great drive-in movie title. It’s a bad movie, but is an easy one to love since it’s well acted and capably helmed by former editor Gene Fowler Jr. (“I Was A Teenage Werewolf”/”Gang War”/ “Seeds of Destiny”), and adequately written by Louis Vittes. The premise has a race of monsters from the dying Andromeda galaxy invade the earth and secretly take over the form of some of the male townspeople. Its become a cult classic, and it was remade in 1998 as a dismal TV movie I Married a Monster.

Norrisville citizen Bill Farrell (Tom Tryon, the future novelist) returns from a bachelor party on the eve of his wedding, and while driving on a country road he brakes to avoid a body lying in the middle of the road. When Bill gets out of the car, the body has disappeared and he is surprised by a shimmering, alien figure. After Bill faints, a cloud of smoke engulfs him and our boy might look the same when the smoke clears but he’s now controlled by an alien who took his body. This means he’s emotionless, can see in darkness, is sterile and animals hate him.

On that fateful day, the outgoing live wire Bill marries Marge (Gloria Talbott). After celebrating their first-year anniversary she suspects that there’s something fishy with her changed cold hubby. Meanwhile some other locals become aliens, and when Marge figures out what’s going down and tries to alert the authorities she’s thwarted (can’t tell the humans from the aliens–in real life I also have this problem). Finally, Marge’s doctor (Ken Lynch) comes to her rescue and rounds up a human vigilante group (ingenuously recruited from expectant fathers at the hospital’s maternity ward) to rid the earth of these monsters.

We learn that it’s not too cool to mess with earthlings, as these aliens after losing all their conquests have to pack up their bags and head for a galaxy with easier pickings.

The special effects by John P. Fulton was a winning trip. 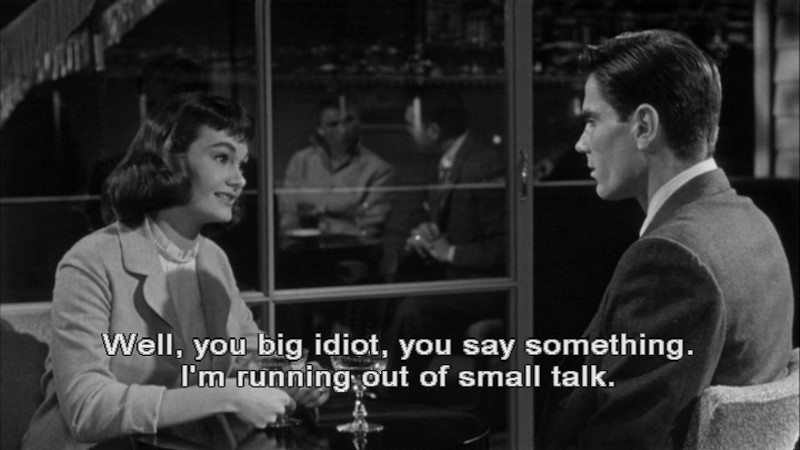