It’s a forerunner of the similarly-themed crime drama Phantom of 42nd Street. The whodunit takes place among the high-society crowd; the low-budget B-film features musical numbers and some snappy dialogue. Bernard B. Ray (“Land of the Six Guns”/”Buffalo Bill Rides Again”) directs without distinction, but at least keeps it fast-paced. Edwin K. O’Brien offers a screenplay from the story by Phil Dunham.

Cocky, if not downright arrogant, big-city gossip-columnist Tommy Tilton (Ralph Forbes) discovers the dead body of nightclub singer Nadia Renee in her dressing room at Luigi’s nightclub. Tommy’s frat brother friend Ted Benson becomes the main suspect because he was the last one seen in her dressing room, where he went to retrieve blackmail letters she possesses that he wrote her before he got engaged to socialite Vi Van Ostrum. She knows about the letters, but it would be embarrassing for her family if it became public. Tommy is convinced his friend is innocent and uses all his resources (police and newspaper contacts, sleuthing insight and bravado) to try and clear him of the charges. Things get more tense when an innocent dancer at Luigi’s, Valerie Delroy, is killed with the same dagger as the first victim. Tommy faces the challenge by boldly proclaiming to police captain Flynn “I’ll name the murderer” in my column tomorrow.

The acting was below par, the photography was dullish and the surprise murderer was a reach. 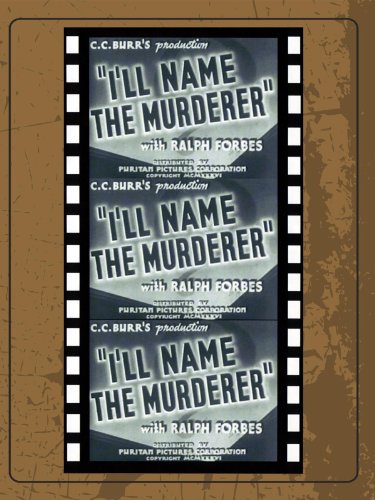