“The usual class warfare Joan Crawford film of that era.”

A brisk romantic/comedy Joan Crawford vehicle capably directed by W.S. Van Dyke and gamely written but not one of the better scripts by Joseph L. Mankiewicz. It’s from the short story “Claustrophobia” by A. Carter Goodloe. It’s the usual class warfare Joan Crawford film of that era with the good looking actress dressed chic and defending her free-spirited upper-class superficial lifestyle in her argumentative romance with the commoner Brian Aherne, who thinks the high society crowd are idlers and lightweights.

Bored heiress Kay Bentley (Joan Crawford) traveling with her dad (Frank Morgan) on his yacht meets on the Greek island of Naxos handsome Irish archaeologist Terry O’Neill (Brian Aherne), who’s on an archaeological dig for the Pygmalion statue. Learning that he thinks very little of the society jet set Kay tells Terry she’s Ann Morrison, the secretary of Mr. Bentley. They kiss and he falls madly in love, surprisingly following the attractive secretary to New York where he hopes to marry her. Learning the truth, the two have a spat but nevertheless grow fonder of each other.

Kay learns that her father is in debt of $400,000 through speculation ventures outside of his business and thinks of marrying her security-blanket fiancé multimillionaire Gene Piper (Fred Keating) to help dad. But dad announces he cleared up the debt. Kay must now pick between the poor man she loves or the wealthy man she likes and would give her the kind of comfortable life she expects of luxurious townhouses, cocktail parties and servants.

When Kay’s imperious grandmother Mrs. Gage (Jessie Ralph) visits, she susses out that the Irishman might be a pinko intellectual but he’s a go-getter and would be good for her spoiled granddaughter. Kay at lasts agrees to marry Terry, but just before the wedding ceremony they have a spat and it seems the two social opposites agree they are not a good match. Terry finds it disagreeable to be given $3 million and a vice presidency in her old man’s company, and agrees to end their relationship by saving her any embarrassment by letting her jilt him at the altar. As expected, Kay has a change of mind and shows up at the church. The bickering couple, happiest when screaming insults at each other, agree to get married and return to Naxos for another excavation of relics. 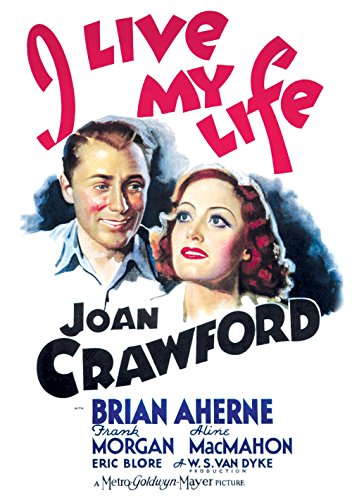