I KNOW WHERE I’M GOING!

“has all the sensitive and intelligent touches that usually go with a Powell and Pressburger film.”

The outstanding writer-director-producer Brit team of Michael Powell and Emeric Pressburger (“The Red Shoes”/”Peeping Tom”/”A Canterbury Tale”), perhaps the best collaborators ever in cinema, come up with a real corker in this unpredictable colorful wartime romance story. Joan Webster (Wendy Hiller) is a headstrong 25-year-old attractive middle-class Londoner who believed she has known since childhood exactly what she wanted. This tale will show in an amusing way how she got sidetracked and found that to her liking. Erwin Hiller shoots with great effect in monochrome, as there was a short supply of color film due to the war.

After Joan withdraws her money from her father’s bank, she meets in an expensive restaurant with her bank manager father (George Carney) to tell him she is going by train tonight to the Scottish Hebrides to marry Sir Robert Bellinger; he’s the elderly chemical industrialist who happens to be the wealthiest man in England. When she arrives in the Highlands on the seacoast isle of Mull, she finds it’s too foggy for a boat to take her across to see her man on Kiloran. Dog lover Catriona Potts (Pamela Brown) puts her up in her place along with eccentric falconer Col. Barnstaple (C. W. R. Knight) and a dashing thirtysomething naval officer named Torquil MacNeil (Roger Livesey). Joan soon finds out he’s the laird of the island of Kiloran and has rented it to her soon-to-be husband and is returning to stay with friends during his eight day’s leave.

As a gale blows through the barren island, it sinks into Joan that the locals who have so little money march happily to a different and more natural tune than those in the big city. While she waits out the storm, she takes in the mysteries and pleasures of the following: the landscape, the legend of the dangerous whirlpool, the castle of Sorne that has a curse for those who enter (she enters, Torquil doesn’t), the pipers playing at an anniversary party and a ceilidh (a traditional Scottish dance). The back to nature scenario makes her realize she’s marrying for money and not love, and her once unflappable confidence begins to get shaken. Waiting out the storm for a week, she feels she better get a boat to take her to Kiloran because she’s falling in love with the courtly Torquil and doesn’t want to listen to her heart. She finds a young man named Kenny who needs twenty pounds to marry his Bridie, and is willing to risk the trip in the storm even though his girl pleads with him not to go. Catriona clues in the clueless Torquil that Joan’s running away from him, and since he can’t stop her from going decides to join the two to ensure their safety. Torquil warns that they must stay on course to avoid the whirlpool, but the engine conks out and she loses her wedding dress to the rough sea; but they are lucky to get back. The next morning Torquil learns that the castle curse maintains that any man who enters will never leave it a free man. “He shall be chained to a woman until the end of his days and he shall die in his chains.” After entering the castle Torquil and Joan realize they can’t say goodbye after saying goodbye and come together in a kiss, as the materialistic woman chooses to marry for love.

It’s a refreshingly sweet, tastefully modest, wonderfully scripted and photographed idiosyncratic personal film that has all the sensitive and intelligent touches that usually go with a Powell and Pressburger film. 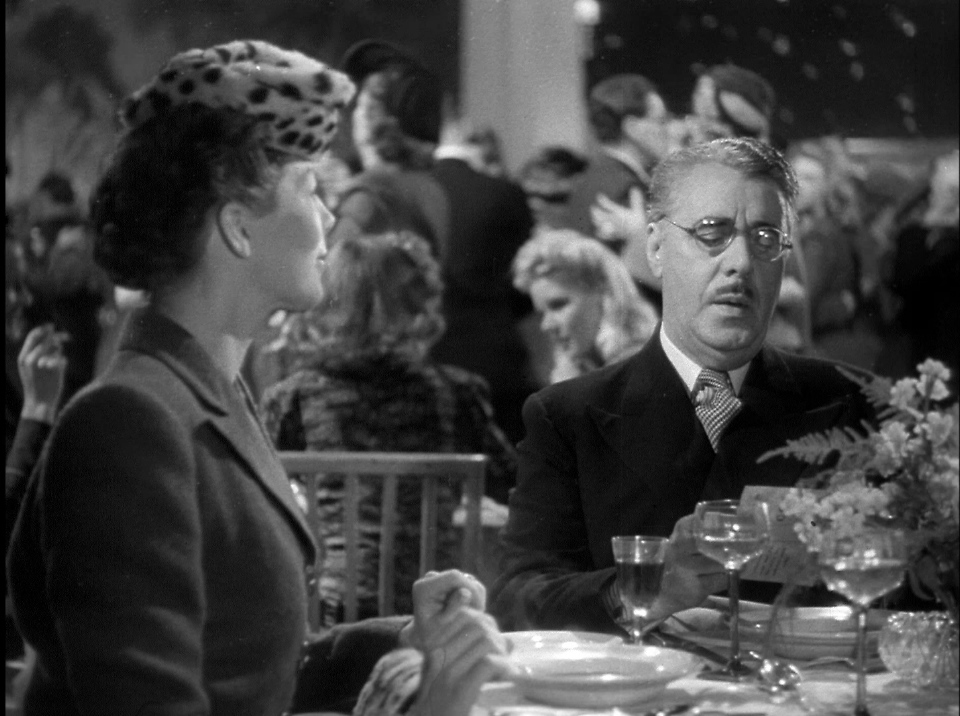