“The grim drama works because of a star performance by Sandrelli.”

Italian New Wave filmmaker Antonio Pietrangeli(“The Visit”/”Phantom Lovers”/”The Girl From Parma”) directs and co-writes this bittersweet comedy, that is more a satire of the detached and hedonistic 1960’s Rome society than funny. It’s shot in black-and-white. Co-writers Ettore Scola and Ruggero Maccari keep it as a bleak moral drama.

The character study film centers on a naive young working-class actress from the country, Adrianna (Stefania Sandrelli), who arrives in Rome and aspires to be a star. The actress must survive working at odd jobs while waiting for her big break. She has many sexual romps while introduced into the fast lane of city life. She finds that in whatever work she procures, she’s trapped in a chauvinist working environment and gets disconnected from her traditional family.

The grim drama works because of a star performance by Sandrelli. Its opening beach shot introduces us to what this story is trying to tell us about modern Italian society. There’s a long shot of the sexy Sandrelli sunbathing in a bikini while a transistor radio plays loud rock music, until she realizes she’s late for work and rushes over to the hairdresser shop that employs her. There she waits in a back room until her middle-aged boss comes in for his regular sex with her, seemingly unaware of how lost she is in her superficial materialist world. 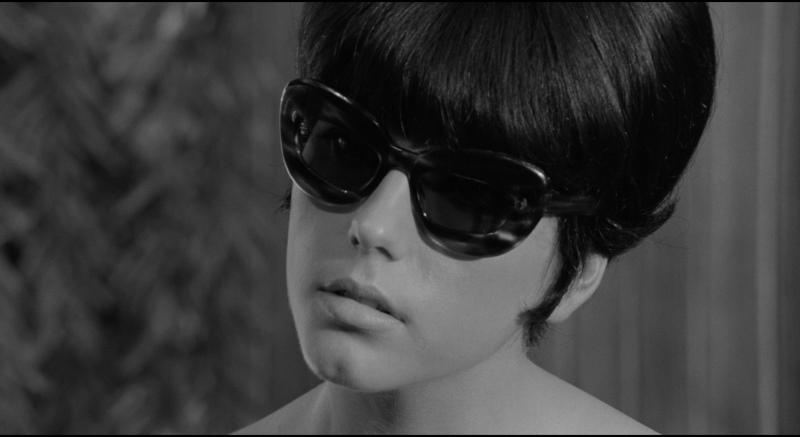