IKIRU (aka TO LIVE)

The well-known samurai action director Akira Kurosawa (“The Hidden Fortress”/”Sanjuro”) manages to present a classic humanist tale without becoming mawkish, as he celebrates the human spirit through the eyes of an ordinary elderly civil servant named Kanji Watanabe (Takashi Shimura). He was diagnosed with a terminal case of gastric cancer (seen by an X-ray in the opening shot), and with only a few months to live re-evaluates his life and finds it was dull and lacking in spirit and vows to give it some meaning before he dies. The government bureaucrat is the office chief, whose main job is not to make waves and keep things running smoothly by doing as little as possible. He has never been absent in his 25 years of service; leads a quiet and unremarkable life; tells no one of his illness; and has been a widower for the last twenty years, with a grown son named Mitsuo (Nobuo Kaneko). Trying to communicate with his son after the illness, he finds he can’t because his son is too self-absorbed in his own pettiness. But the civil servant seems to have better luck with young office worker Toyo (Miki Odagiri), as he begins dating her. He soon finds that she was using him to get her exit papers signed so she can work at making children’s toys. Feeling the blues, Kanji goes on a drunk splurge with a cynical writer (Yonosuke Ito) and then walks alone all night around Tokyo and discovers he’s wasted his life in aimless pursuits. He then intently turns his empty life around by pushing through the red tape a project that will turn a city dump in a slum district into a well-needed children’s playground. It ends with the old fart as happy as a clam when he lives to see his project completed. The final scene has Kanji serenely swinging at night at the site of his pet project with snow falling and singing his little tune “Life is short. Ikiru is shorter.”

It’s one of the few times Kurosawa turned his attention to modern Japan, and uses the opportunity to examine how the middle-class view life and death. He also observes how rigid Japanese society is and how it resists change. Through his main character, Kurosawa reflects on the importance of finding meaning in one’s life before it’s too late. It’s a timeless and simple story, that remains inspiring in its elegiac quality and the way it profoundly reaches the soul of the main character in a genuine way. It’s fault was due to the deliberate pacing, as it needlessly dragged in parts and seemed overlong. 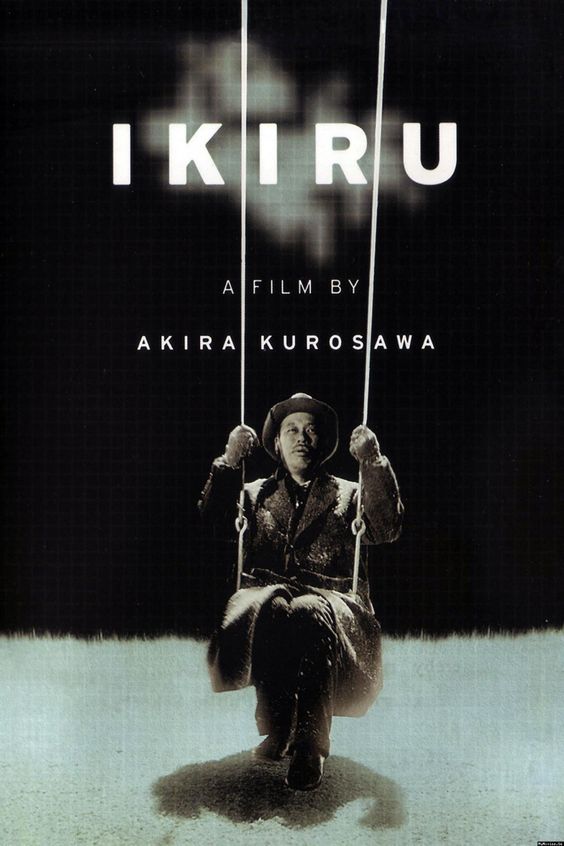