“A more mature film than the director’s previous student comedies.”

Yasujiro Ozu (“An Autumn Afternoon”/”Late Autumn”/”Early Spring”)directs this silent ‘salaryman’ drama short, a more mature film than the director’s previous student comedies. It’sbased on an idea by Hiroshi Shimizu, and is written by Yoshio Aramaki. It’s a lost film that has only a few recovered fragments.

Recent college grad Nomoto (Minoru Takada) interviews for his first job in Tokyo, but is offered a job as a receptionist and refuses it because it’s a menial job not equal to his education qualifications. When his mother (Utako Suzuki) and fiancee Machiko (Kinuyo Tanaka) arrive from the country, Nomoto lies and says he has a job. After marriage he eventually tells his financially stressed-out wife the truth, and later is upset when he learns upon a visit to a bar with a friend that his wife is working as a hostess. Ashamed of his deceit, Nomoto returns to accept the receptionist position but is told by the executive that he was just being tested for character and is offered a respectable salaryman position in the firm’s office.

Though the happy ending is too neat, there’s a poer the film conveys showing how the tough economic times can pull families apart. 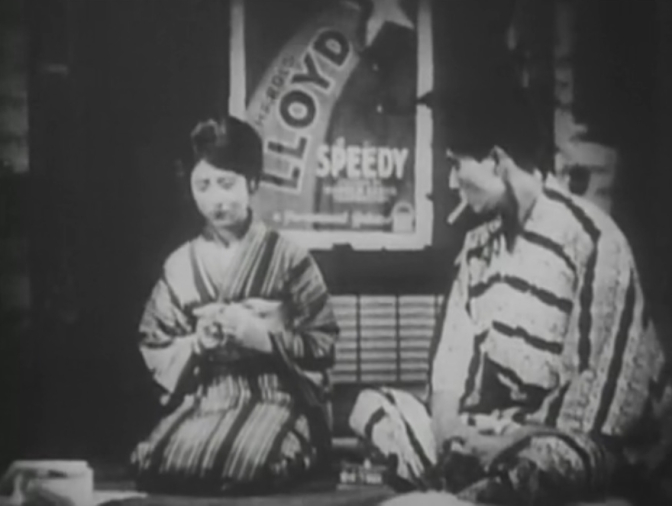