IF A TREE FALLS: A STORY OF THE EARTH LIBERATION FRONT

“An earnest and even-handed documentary about a naive and whiny mild-mannered thirtysomething ecology activist.”

An earnest and even-handed documentary about a naive and whiny mild-mannered thirtysomething ecology activist, Dan McGowan, a member of the Earth Liberation Front (ELF), a radical group the FBI labeled as terrorists because of their arson activities against the lumber industry. The cell that Dan was in, was arrested separately but en masse on the same day across the country in 2005 for a number of firebombings dating from four years ago in Oregon, Washington and a luxurious ski lodge in Vail Colorado. The acts of arson attributed to the ELF numbers around 1200 incidents, that destroyed property but killed no one. Threatened with life sentences unless they testify against their fellow cell members, they all eventually accepted some sort of plea bargain agreement. Dan was sentenced in 2007 to seven years at the federal penitentiary in Marion, Ill., while the heroin addict ringleader, Jacob Ferguson, who fell into an FBI trap, ratted everyone out and received no jail time for his cooperation.

The sympathetic to the cause doc, believing the real terrorists are the greedy big corporations that rape the land for their own self-interest, gives Dan a chance to apologize for going the violent route after peaceful protests during the 1990’s fizzled and police brutality incensed Dan to the point he lost his ability to think straight.

After explaining how Dan became a tree-hugger in the Pacific Northwest and how he stepped over the line of peaceful protest because he never could see all the consequences of his actions, the green kid further second guesses his actions by saying there must be a better way to protest than by destroying private property (Duh!).

In the film co-directed by Marshall Curry and Sam Cullman we’re left mulling over such hot push button issues as to who should be classified as a terrorist and what the concerned citizen can do if corporations through their lobbyists have bought off the politicians so that they can get away untouched if they abuse the environment (or in cases of big oil spills merely pay a fine rather than face jail). This low-key Human Rights Watch type of doc, that includes rational law-enforcement officials and lumber industry businessmen tell their side, tries in its own tepid way to get us thinking that maybe it is Boston Tea Party time to shakeup the futile business as usual approach to the environment that currently prevails. 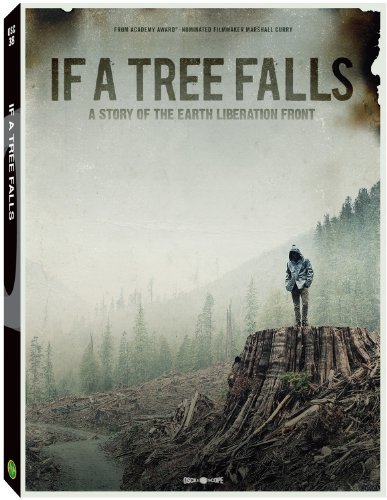