IDES OF MARCH, THE

“Loses its way in the mundane by just beating a dead horse.”

Yikes! A political pic with a clumsy Shakespearean title that informs us that politics is dirty, cynical and as competitive as a sports event. It comes to the hardly surprising obvious conclusion that winning is everything, and only relents a little in its pessimism by suggesting that it’s OK to win at any price if your candidate can be trusted to vote when elected the way you thought he would when you voted for him. It’s a sincere film but without a cutting edge, made for only 12 million dollars, that falters despite a fine supporting cast because it only delivers old news and sees its story too slickly through the eyes of an up-and-coming young press agent, Stephen Meyers (Ryan Gosling), who is too damn ruthless to like or trust.

Filmmaker George Clooney (“Confessions of Dangerous Mind”/”Good Night, and Good Luck”/”Leatherheads”), whose dad was a TV newscaster in Kentucky, stars , co-writes and directs this old-fashioned political thriller that’s concerned with ethical issues in American politics, and lays the blame on both parties for being so untrustworthy. It’s looselybased on the play “Farragut North” by Beau Willimon, which didn’t even have in the book the character Clooney plays in the movie–as it was only concerned with backroom political deals. Clooney coscripts it with producerGrant Heslov (worked on the presidential campaign for Howard Dean) and the author Beau Willimon.

The pic takes place in early March during the closely contested Ohio presidential primary, where Mike Morris (George Clooney), the smooth atheist liberal governor of Pennsylvania is slightly ahead of the more conservative Arkansas Senator Pullman in their bid for the Democratic presidential nomination. The idealistic and crafty Stephen Meyers works for Governor Morris’s chief handler, Paul Zara (Philip Seymour Hoffman), his mentor. Stephen believes Morris will change the country in the right direction, but soon falls for a trap set by the cunning campaign manager of his opponent, Tom Duffy (Paul Giamatti), who aims to woo Stephen over to his side (or at least make it seem like he wants him). When Paul learns about this secret meeting, he feels betrayed and fires Stephen. But it’s not over yet for the politically skillful Stephen, who learns a dark secret about the governor that could derail his presidential plans and thereby prevent if elected his progressive job program to help the massive unemployed in the country.

Meanwhile both campaigns maneuver in devious ways to land the endorsement of the powerful but shifty Senator Thompson (Jeffrey Wright), who can be bribed into turning over all his delegates if promised a cabinet post in the new administration. His endorsement, going to the highest bidder, would all but ensure who the Democratic candidate would be. Marisa Tomei plays the shameless nosy NY Times political reporter, always hungry for inside info. While Evan Rachel Wood plays the attractive 20-year-old intern, who is open to sex and power games among her fellow Democrats but becomes too fragile when the shit hits the fan.

It’s an easy pill of a pic to swallow because everything moves along like a well-digested middle-brow soap opera and the moral dilemma introduced with each twist seems so perfunctory, that when it’s revealed as a big part of the plot the pic loses its way in the mundane by just beating a dead horse. My vote for the film as a positive experience is because I’m glad to see Hollywood is still capable of once in a blue moon forgetting about the bottom-line and making a literate film for adults. But, of course, I wish this talented bunch made a stronger pic with more of a bite, instead of just a competent one that seems so safe, as they are certainly capable of pulling that off. 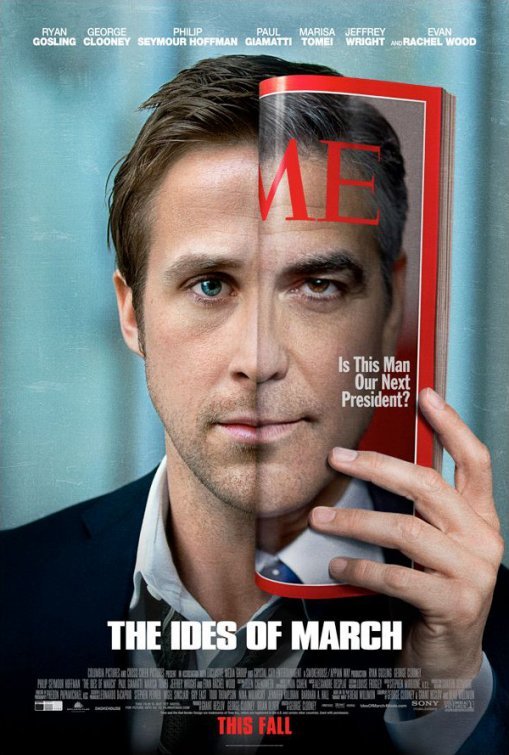