“A poignant, unsettling and moving psychological drama about an unworldly 18-year-old novitiate nun.”

Acclaimed Polish director Pawel Pawlikowski (“Last Resort”/”My Summer of Love“/”The Stringer”) helms a poignant, unsettling and moving psychological drama about an unworldly 18-year-old novitiate nun, who a week before she takes her vows in 1962 discovers upsetting dark secrets about her family. The unforgettable drama, filmed in b&w, is starkly co-written by Pawlikowski and Rebecca Lenkiewiczas an observant character study and political commentary about Poland’s World War II culture and its changing 1960’s culture under communism.

Anna (Agata Trzebuchowska), who has been since a toddler living in a rural convent in Poland, is summoned to the Mother Superior’s (Halina Skoczynska) office and told that her only living blood relative, her aunt from Gdansk, Wanda (Agata Kulesza), finally wishes to see her and is ordered to see her aunt before taking her vows. Auntie–a judge, a slut and an alcoholic–informs Anna her real name is Ida and that she’s Jewish, and her parents were killed during the Holocaust. The lady relatives trek in Wanda’s car to the Jewish nun’s parents’ country home and confront the current peasant Catholic owners, who, we soon learn, at first hid the Jews but then killed them to take over their property and buried them in the woods.

This knowledge sends the disparate women on shockingly different paths, in a masterful film that handles its unpleasant grim material with great insight, conviction and ethical restraint. It’s an honest probing film about looking back at the painful past of Nazi occupation with a country trying to move on without looking back. The film deals with the country’s still lingering historical contentious issues, and lets the viewer be guided by their own experiences in judging. It leaves one with vivid portraits of what it was like to be Jewish in Poland during the war and the sadness of living there now as a Jew with such loss. It also depicts how the Catholic community during Poland’s most disastrous period either rescued or crucified Jews, whose attitudes towards Jews even divided families.

The tender performance by Trzebuchowska, a young actress discovered in a Warsaw coffee-shop, hit all the right chords and within her the struggle between the country’s spiritualism and materialism is taking place, as she tries to digest who she is and what is her purpose in life. 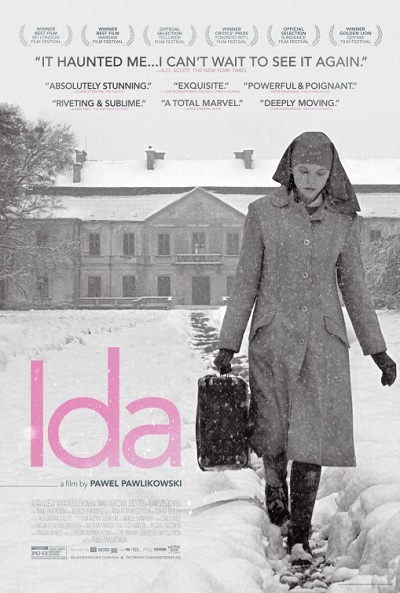