I CAN SEE YOU

This low-budget thinking man’s brain-twister horror pic (the gore is psychological) is the first feature film for sound designer Graham Reznick.What weird things happen is puzzling and never clarified, as things go south when an ad team leave their familiar city workplace to go into the woods.It’s a surreal film David Lynch could have made (think Eraserhead, Lost Highway & Blue Velvet!). If you’re looking for a narrative film, this is not the pic you’re looking for.Also, its slow pace might be too boring for those not having the patience to stay with this one during its long draggy spots to find out where this innovative young filmmaker is going –like visualizing that reality is one’s perception and if the mind is addled so will reality be fuzzy.

The story revolves around a young unlikable insolent three-man Brooklyn-based small boutique ad company–the unctuous overbearing Doug (Duncan Skiles), the insecure, neurotic and self-absorbed frustrated portrait painter company photographer Ben (Ben Dickinson), who is working on an unfinished, faceless portrait of his father (delayed because he can’t clearly picture dad’s face), and the nerdy untrustworthy designer Kimble (Chris Ford). The obnoxious boys are told by their obnoxious boss they have a week to present an ad to ClarActix, who through their loudmouth oily spokesman Mickey Hauser (Larry Fessenden) advertise their inferior window cleaner product on TV. The boys decide to brainstorm in the woods.

Kimble takes his bored girlfriend Sonia (Olivia Villanti) along; while Ben gets lucky and meets at the campfire singalong the local free-spirited hippie Summer Day (Heather Rob), who sleeps in his tent that night. The next day she’s enticed to go with Doug in the woods, leaving Ben in a jealous twit. Both hikers fail to return that night. Later Doug turns up mysteriously traumatized in a car, while Heather seems to have been turned into a zombie. At the same time,the creepy product spokesman, representing consumerism at its worst, Hauser, appears in the woods as a ghostlike hallucination of Ben’s and the unfinished portrait of Ben’s also keeps popping up in his head. Which leads me to believe that our boy Ben is on the wrong path.

The experimental fright pic moves into weird transcendental turf that makes for a trippy watch, but there was not enough narrative to get the full story (unless you rely solely on what perceptions you have as the viewer and go out on the limb taking a stab at what you think it means). The film-maker shoots for a well-crafted avant-garde pic instead of one that is peaceful and clear, and succeeds with that limited aim by moving the film off-target from the usual modern horror pic. Reznick, the disciple of horror maven Fessenden, turns the pic into an hallucinatory, enigmatic and psychologically menacing one; it’s a film meant for a small select audience, who can appreciate the artistic effort to take the horror genre in a different direction. 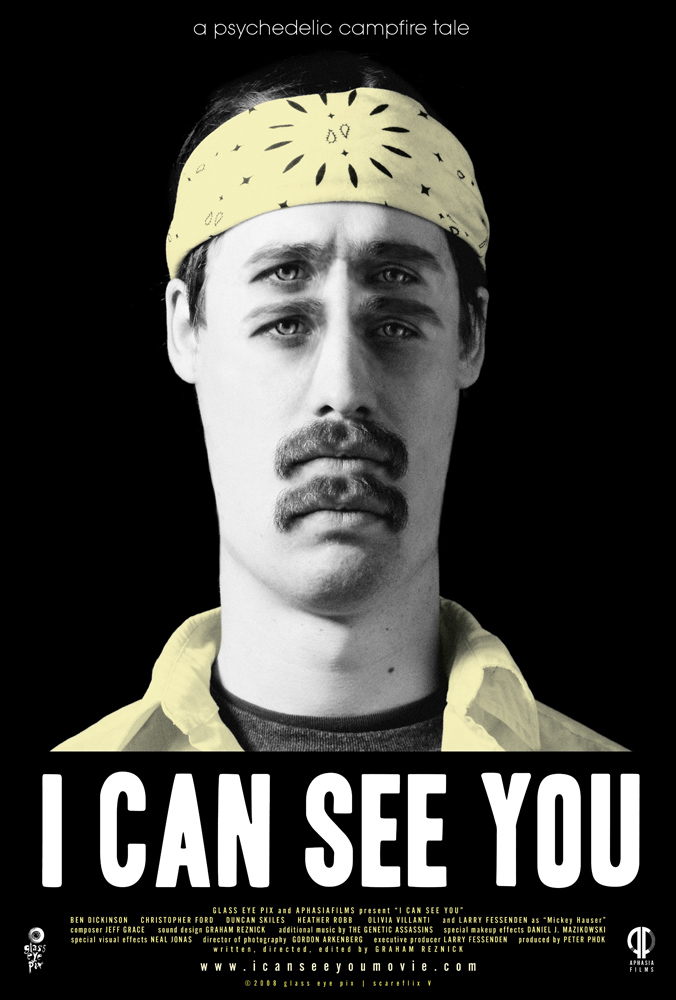