I AM NOT A WITCH

“Its oddness makes it a compelling watch.“

The first feature of the Welsh-raised Zambian-born female writer and director Rungano Nyoni is a really good one even if the subject-matter is bleak.

The absurdist satire is set in modern Zambia. It is seen through the eyes of the eight-year-old orphan Shula (Maggie Mulubwa), unfairly accused in her village of witchcraft and after a trial is forced to be imprisoned in a traveling witch show. At the show Western tourists come to take photos. Her comical venal ‘state guardian’, Mr. Banda (Henry BJ Phiri), the camp’s owner who works for the minister of tourism, has her pick felons out of the line-up, handle court cases and perform various other services, for which he receives the financial benefits.Though mistreated her powers are respected.

Nyoni researched the exploitation-themed film in real-life “witch camps.” She delights in poking fun at the bureaucrats, at the naive Western tourists who enable the witch camps and at the greedy public officials. Certainly not a great film, it’s too repetitive for that, but its oddness makes it a compelling watch. 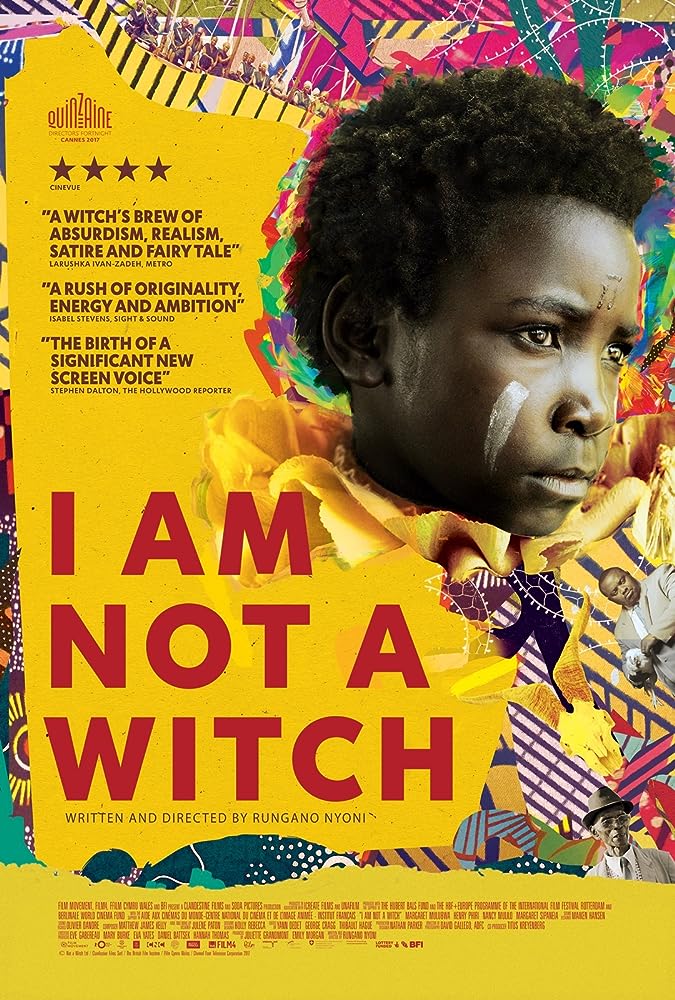