“I found it so bedeviling and different than other witch genre films that it got my full attention.“

An unusual indie horror/witch film from the filmmaking Adams Family. The Adams Family consist of father John Adams, his wife Toby Poser and their daughters Lulu and Zelda who between them direct, write, produce, photograph, create the music and star in their own films. They’ve made many films with their entire family, such as (“Rumblestrips”/”Knuckle Jack”).

The indie story lacks traditional film techniques like suspense, though as a curiosity film it’s striking, creepy and unnerving.

Izzy (Zelda Adams) is a 16-year-old who lives with her doting, nature loving, strange mother (Toby Poser), on the mountain in the woods in New York State. Izzy has been home-schooled because of an infection that makes it dangerous to be near others (I never heard that one before). While hiking one day Izzy meets Amber (Lulu Adams), another teen, who has just sneaked into a homeowner’s place to use the swimming pool. Afterwards Izzy meets Amber’s friends, but has a negative experience tripping out after drinking tequila with a live worm in it.

Izzy begins to learn from her mother about being  a hellbender, a witch who has great abilities to cast magic. Thereby mom, who is a witch, which runs in the family genes, is also protecting the world from her witch daughter’s tantrums.

I don’t quite know what to make of this curiosity supernatural film, that comes with flashy visual tricks (the mom witch can lift people in the air and make them vanish) and the family getting hillbilly folksy playing music together as a gritty country band. It’s either a very bad or very good film (depending on the viewers’ sensibility for the supernatural). But I wasn’t crazy about it. Nevertheless I found it so bedeviling and different than other witch genre films that it got my full attention and left a lasting impression on me. 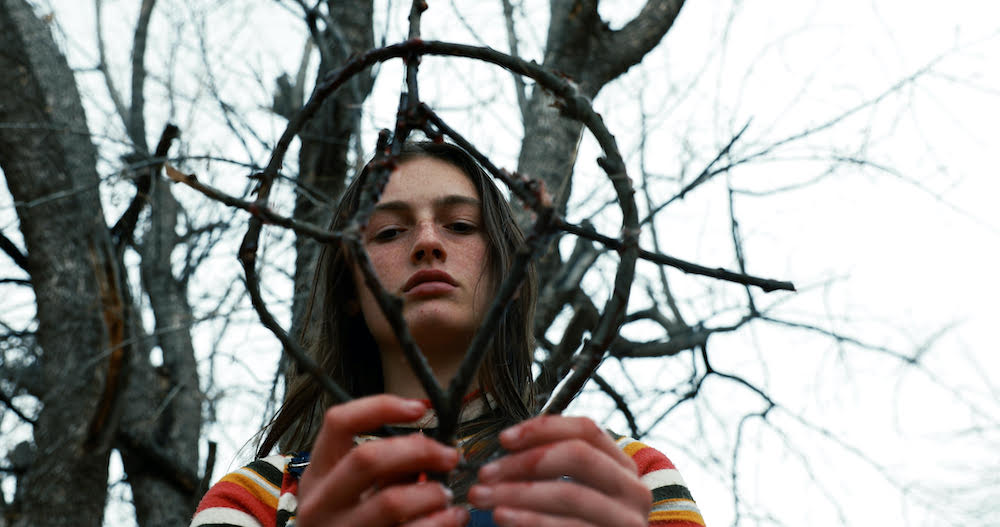