“An agonizing low-budget improvised indie about a bunch of neurotics going ape over a relationship split.”

An agonizing low-budget improvised indie about a bunch of neurotics going ape over a relationship split. The experimental film was the winner in 1988 of the Grand Jury Prize at the Sundance Film Festival. It’s directed, written and stars Rob Nilsson (“Noise”/”Chalk”/”On the Edge”).

San Francisco self-absorbed photographer Mel Hurley (Rob Nilsson) is a passionate man, who has trouble curbing his emotions. When returning home, on the eve of his birthday, on February 1987, from a photo shoot, Mel flips out when his dancer girlfriend Carmen (Consuelo Faust) doesn’t meet him at the airport as promised and he believes she’s with fellow dancer Adam (Russell Murphy). For the next 16 hours Mel broods and reflects on their relationship, as he covers the walls of his apartment with erotic pictures of his probably lost lover and of starving children from Biafra he shot 17 years before on his unforgettable assignment. Mel can’t seem to forget his lover or the starving children, and wallows in self-pity throughout unable to shake off his jealousy of a rival or of how he tried to connect with the suffering of others through his photography.

It lacks drama, cohesiveness, and much of a story, as it replaces drama with a character study through visuals. It’s only interesting how it’s able to get under Mel’s skin and explore his troubled psyche and relate it to mankind’s universal problems and to the artist’s shadowy existence. The art-house film will probably not appeal to a wide audience, especially those who demand narratives. But there’s something good to be said about artists who take chances and are not worried about making mistakes, offending others or scoring a commercial success. There’s also a spicy Brian Eno score that registers with the film’s malaise, moodiness and sense of loss. 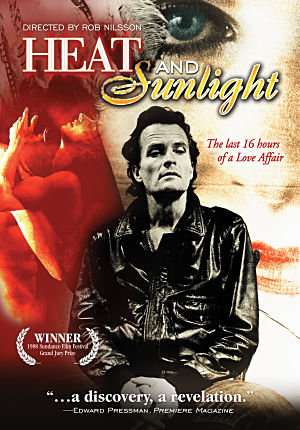