A vacuous black comedy set among frustrated and smug Midwestern grad school housemates, who every Sunday dine together in their garage. It’s a disturbing film, trying to be too clever, that will probably take away your appetite for such insubstantial satire that do not meet expectations. In director Stacy Title’s(“Let the Devil Wear Black”/”Snoop Dogg’s Hood of Horror“) slight hands, the revolting debut film never pleases. It has five left-wing students–Cameron Diaz, Ron Eldard, Annabeth Gish, Courtney B. Vance, and Jonathan Penner–serve poisoned alcohol to obnoxious right-wing bigoted extremists invited in for a meal and after dinner they bury them in their garden. The undeveloped script by Dan Rose remains a crude attempt at sophomoric political comedy. The vics include Bill Paxton as a racist trucker, Mark Harmon as a male chauvinist, Ron Perlman as an antagonistic right-wing television personality and Charles Durning as a homophobic priest.

Though intended as an “Arsenic and Old Lace” for the 90’s, the schematic plot failed to reach that high mark in comedy. 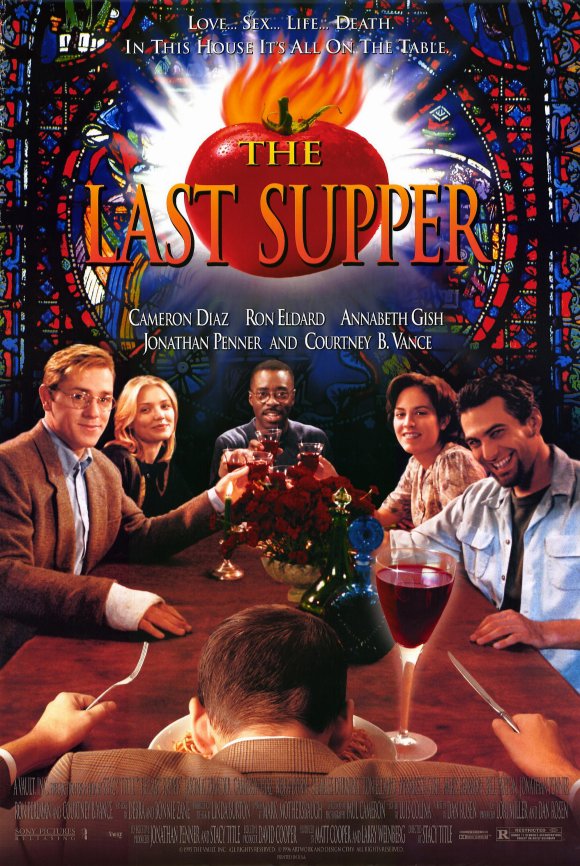 LEGEND OF THE LOST