The low-budget indie debut feature of Adam Leon won the grand jury prize at SXSW. It makes heroes of two adorable Bronx teenage graffiti artists, as the energetic inconsequential coming of age comedy is both easy and hard to resist.

In the 1980s, a pair of graffiti artists were on a local-access cable show boasting of “bombing the apple”– that is spray painting their signature tags on the Mets’ Big Apple that pops up from the outfield scoreboard in Shea Stadium whenever a Mets player hits a home run. Their effort failed. It’s now 20 years later and the Mets still have the Big Apple, but have moved in 2009 into a new Queens’ ballpark called Citi Field.

Two teens, the swag-filled Malcolm (Ty Hickson) and the tough-talking Sofia (Tashiana Washington), are Bronx street graffiti artists wishing to make a name for themselves by tagging the Mets’ current Big Apple, a feat never before accomplished. This need is fueled by their feud with a Queens rival group of punky taggers called the Woodside King Crew, who sabotaged their latest work after they tagged a wall space previously used by them to tag Mets logos .

The free-wheeling breezy flick that follows Sofia and “Shakes” (Malcolm’s handle), as we watch them comically plan for their ridiculous feat by collecting paint supplies and needing $500 to bribe a Mets employee to let them in after hours. They resort to acts of shoplifting and selling weed to raise the cash, which challenges the viewer’s empathy for such petty criminals even more.

The action occurs over two sweltering hot summer days, and the innocent taggers (reminding one of youths from a past era, rather the more thuggish street youths of today) find themselves ripped off in all their attempts to hustle their way to underground fame. The pic hits its pinnacle when they encounter the well-bred white stoner chick Ginnie (Zoë Lescaze), someone the black Shakes flirts with at her pad only to find she steals his hi-tops.

What gets this slight episodic film to first base is the likability shown by the non-professional leads, who make this amusing caper film into a modern-day Huckleberry Finn story. Can’t say I totally agreed with the unconditional love shown by the young filmmaker to all the bad-ass characters popping up in this street smart flick, but it had its charm and a true indie flavoring and is a good start for a promising young filmmaker. Leon said he was most influenced by Morris Engel, Ruth Orkin and Ray Ashley’s 1953 film Little Fugitive, one of my favorite neo-realistic city life films. 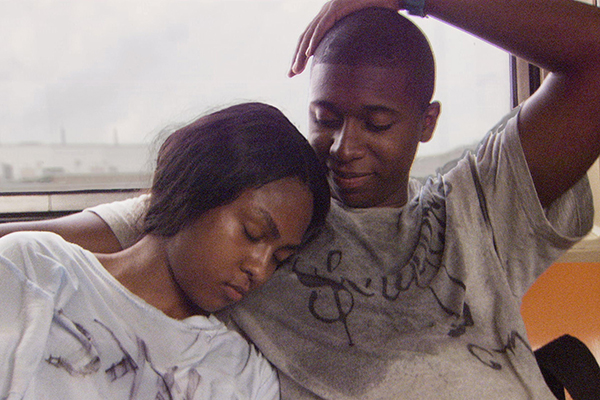 LONE RANGER AND THE LOST CITY OF GOLD, THE

RAIDERS OF THE LOST ARK