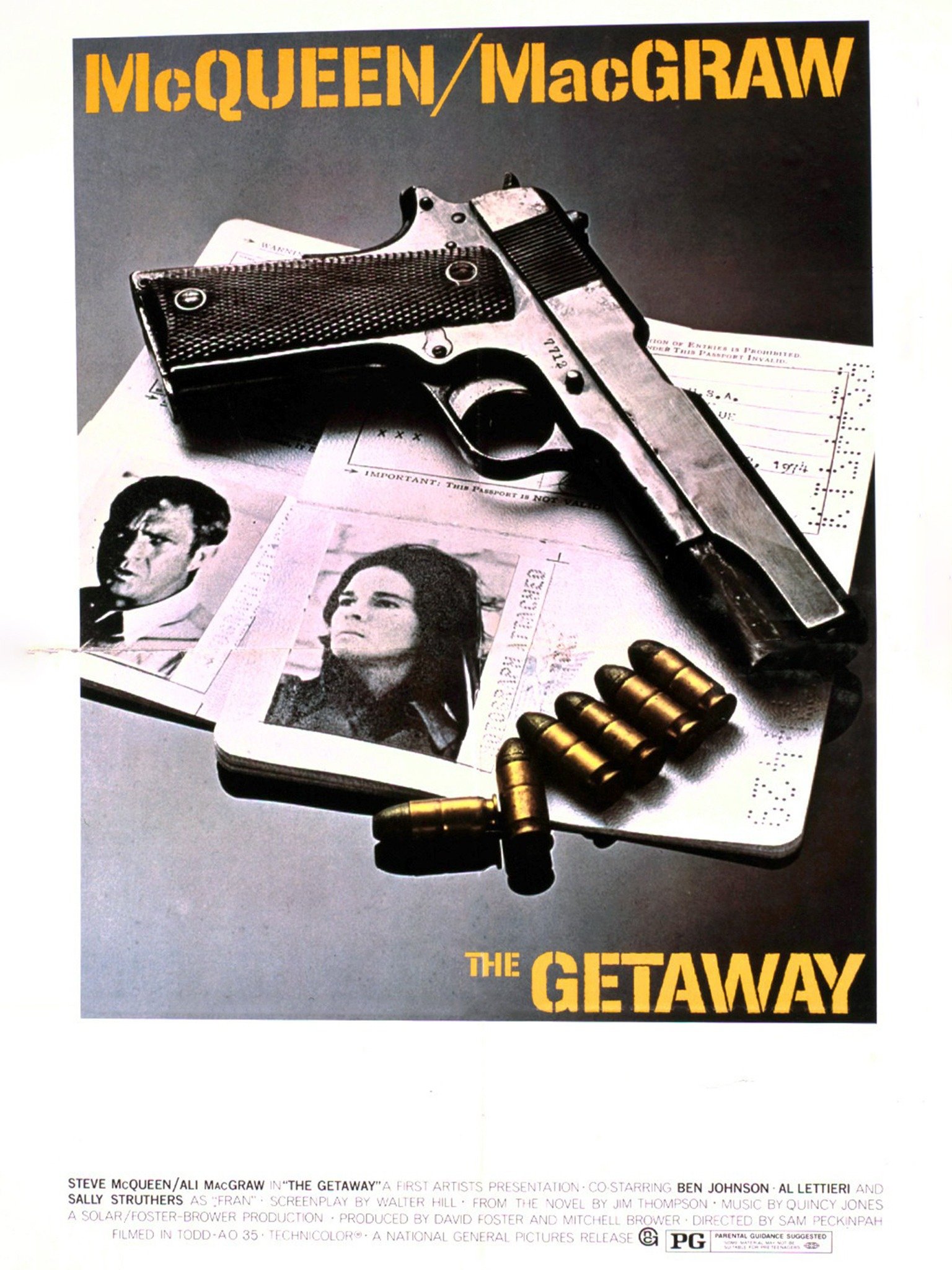 Set in Texas, where bank robber Doc McCoy (Steve McQueen) gets paroled after serving fours years of a ten year stretch for robbery. Crooked influential politician Jack Benyon (Ben Johnson) uses his influence to get Doc released after his parole request was denied. This comes after Doc’s beautiful wife Carol (Ali MacGraw) visits Benyon’s office and satisfies his sexual needs, and Benyan gets Doc’s promise to do one more big bank job for him. Doc is unaware of the sex, but did send his wife to see Benyan for help in getting a parole. The deal is for McCoy to rob a rural Texas bank of its million dollars, and is forced to work with Benyon’s team of Rudy (Al Lettieri) and Jackson (Bo Hopkins). The bank robbers would be splitting the stolen money with Benyon. But the robbery turns violent as Jackson panics and kills the elderly guard and in turn Rudy kills him. Then the psychopathic Rudy tries to double-cross Doc and escape with the stolen loot, but is shot by Doc. Rudy lives with a shoulder wound and kidnaps veterinarian Dr. Clinton (Harold Clinton) and his sex-crazed bimbo wife Fran (Sally Struthers), forcing him to treat the wound and for the couple to go along with him in their Ford to El Paso where wifey has an ongoing affair in front of the humiliated hubby.

Meanwhile Benyan’s plan to kill Doc in a double-cross is thwarted when Carol chooses hubby over the oily politician, and instead kills Benyan. The couple are now pursued by the police, Benyan’s henchmen and a crazed Rudy, as they plan on passing through El Paso and then having the sleazy juicer hotel manager Jimmy Laughlin (Dub Taylor) make airplane travel arrangements for them to reach Mexico.

There are several good chase scenes, a marvelous scene where the couple escape in a garbage truck, of Doc retrieving his stolen valise, containing the bank money, stolen from a train station locker by a punky con man (Richard Bright), and the shoot-out in the El Paso hotel between the shotgun wielding Doc and Benyan’s crooked bank director brother, his five other henchmen and Rudy. It might be hard to take all this seriously, but it’s entertaining as a modern Western and might be just dandy for the viewer who wants to take a break from thinking and just watch a cold-blooded visceral action pic that stars an American counter-culture icon.

Of note, McQueen and MacGraw fell in love on the set and became real-life lovers.