“A disappointing fictionalized account of the life of Ghenghis Khan.”

A disappointing fictionalized account of the life of Ghenghis Khan, as it lacks the requisite grandeur of a sweeping epic. It tells about the ruthless Mongol warlord Genghis Khan, whose 13th century armies conquered much of the world. Under the misguided flat direction of Henry Levin(“Murderers’ Row”/”Deperadoes”/”Jamaican Gold”) this adventure story biopic has no hope. The dialogue by writers Beverley Cross and Clarke Reynolds is juvenile and filled with clichés. It’s adapted from the story by Berkely Mather.

The Merkit Mongol leader Jamuga (Stephen Boyd) executes the Mongol chieftain father of young Prince Temujin (Omar Sharif) in front of him. The prince is enslaved with his people. When a young adult Temujin escapes in the mountains and is followed by the black strongman mute Senegal (Woody Strode) and the wise-man Geen (Michael Hordern).

Temujin kidnaps Princess Bortei (Francoise Dorleac) from Jamuga’s kingdom and she marries him. He recruits her brothers into his newly formed army, and plans to unite the warring factions of the Mongols to get revenge on Jamuga. He’s aided by the Chinese King Liam (James Mason). Mason looks ridiculous as a Chinese king.

When Jamuga is conquered by Temujin, he’s given the title of Genghis Khan.

The meandering, slow-moving epic, terribly miscast, is filled with brutality and pandering low-life comedy. But as bad as it becomes, it still is watchable because of all the battle scenes and is reasonably entertaining for such a bad film. 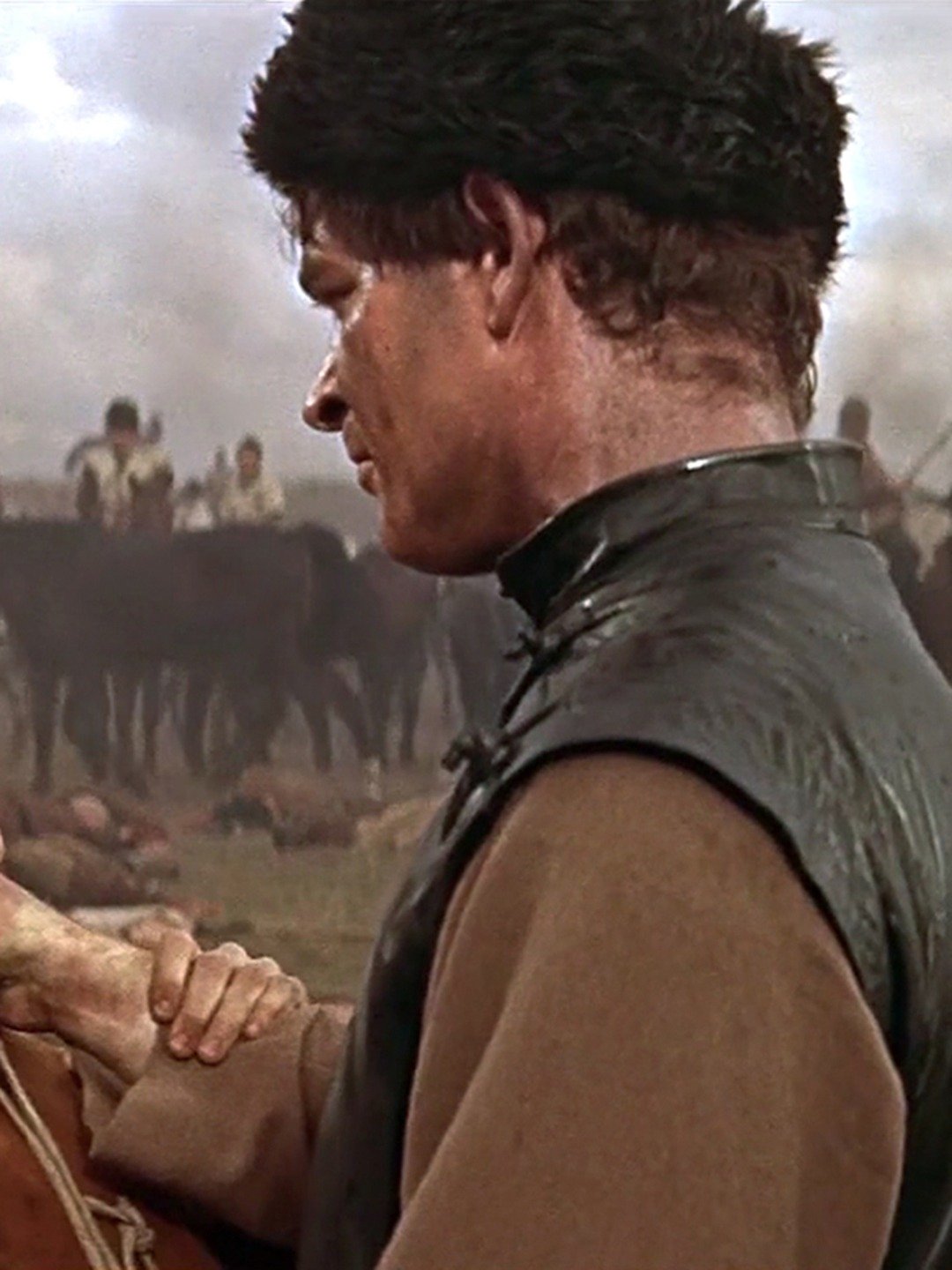