“The underwhelming franchise marches on with more gross horror scenes.”

The underwhelming franchise marches on with more gross horror scenes (or just the news headlines of the day in the racist Trump era), facile social commentary, more mayhem and cartoonish characters. It’s a sordid action film and a bogus humanitarian message film about immigration. Filmed with non-stop action, in a bravado manner, as an exploitation B-film by Everado Gout (“Days of Grace”). This is the fifth and presumably last film in the franchise, as promised by the studio.

It’s clumsily written as a political manifesto by the series’ originator James DeMonaco, and plays out as an unfulfilling satire of right-wing “nationalism” and white supremacy.

“With 2014’s The Purge: Anarchy, it was class warfare. In 2016’s The Purge: Election Year, it was politics. In 2018’s The First Purge, it was about racial tension.” In this 2021 version, it’s most confrontational episode, it’s about a border battle between Mexico and Texas.

The Mexicans, Adela (Ana de la Reguera) and her husband Juan (Tenoch Huerta), cross the border into West Texas and she finds work at a meat packing plant and he, having crossed over first, has found work as a ranch hand on the ranch of the wealthy white Tucker family. The Tucker patriarch is the fair-minded widower Caleb Tucker (Will Patton), who treats his immigrants justly like he does everyone he employs. Caleb’s son Dylan (Josh Lucas) is not a racist but is still a shit who believes the races shouldn’t mix, and resents his father’s liberalism as too extreme.

The Purge (in the title) refers to the annual holiday of lawlessness (where anything goes for 12 hours) that was cancelled when the hero of Election Year became President but has returned with the new President.

After returning to Mexico during the night Purge, when the border is open to all in danger for six hours, Juan and his wife return to the Tucker ranch in the morning and find the Tuckers, including Dylan’s wife (Cassidy Freeman) and his sister (Leven Rambin), threatened by a masked Forever Purge group of white militants, whose aim is to rid the country of immigrants and those who support them.

The ugliness take place in the fictional area of Los Feliz, meant as a replica of the arty liberal Presidio County. The Purge results in violence, riots and arson.Those not part of the Forever Purge groups must flee the country for their safety (showing the whites what some of their immigrants of color face when fleeing from their fascist or economically depressed countries to come to America as a supposed safe haven).

If its aim was to provoke discussions of what horrors can be faced by immigrants by filling the screen with all kinds of violence (from explosions to gunfire), it fails to do so because it was so clumsily filmed that it evokes either uncalled for laughter or head scratching instead of what it sought—an intelligent understanding that would lead to discussions of what it’s often like to be an immigrant of color in a hostile white country, that’s shown at its worse moments.

It comes with a ridiculously mawkish social commentary stating the obvious and gives us an unconvincing message of hope (even if it’s an acceptable message) that the hard-working Mexican immigrants and the tolerant Americans will unite one day to pull the country in the right direction in its fight against the racists. 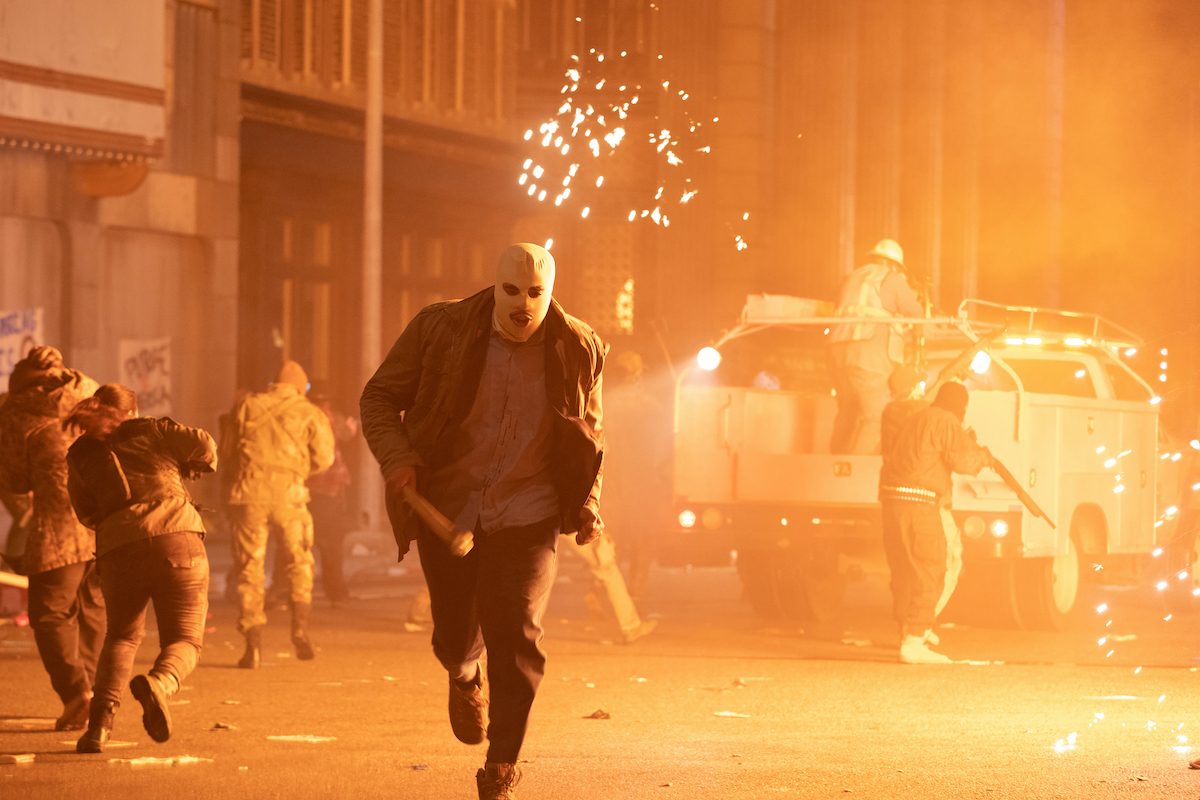