The former cinematographer Martika Ramirez Escobar turns to directing and wonderfully uses magical realism to tell a weird story about an elderly action-filmmaker in Manila, in bad shape, looking back to her glory days in the 1980s when shooting those cheesy films. That filmmaker is named Leonor and is played with great humor by Sheila Francisco (whose superb performance anchors this curious film). The setting is in the Philippines, and it plays out as a love letter to Filipino action cinema.

Currently Leonor is three months behind on the rent for the place she shares with her hapless son Rudy (Bong Cabrera), while she frets that her favorite son Ronwaldo (Anthony Falcon) is dead and her husband (Allan Bautista) left her.

When a TV tossed from a neighboring building window hits her and she goes into a coma, the film she’s working on is unfinished. But later she sees a contest to make a film advertised in the newspaper, and decides to finish her screenplay and enter the contest.

She wins and makes her film, as this becomes a film within a film.

Leonor consoles herself by conversing with her idealized dead son’s ghost and with his help decides to give her kickass film a happy ending as a musical.

The film is funny, witty, politically aware (pointing out the current corrupt leaders of her country) and is terrifically unique.

It played at Sundance. 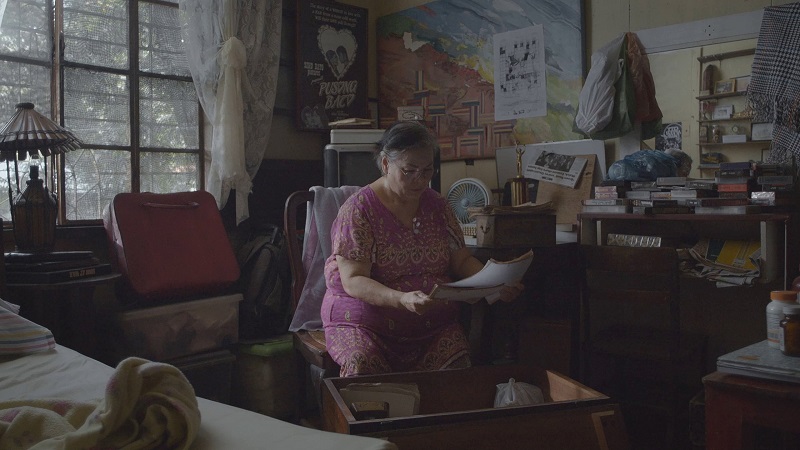 I SEE A DARK STRANGER