ELECTRICAL LIFE OF LOUIS WAIN, THE

A sentimental biopic on the 19th century Brit artist Louis Wain (Benedict Cumberbatch), who was noted for his kitsch art. It chronicles the upper-class Wain’s loving relationship with his earnest lower-class wife Emily Richardson (Claire Foy). She was the governess for his shrill harridan sister Caroline (Andrea Riseborough), who ran the family after his father’s death. Wain married her despite his sister firing her. The couple then lived on their own in a country cottage, and adopt a black-and-white kitten named Peter that will change his life forever.

The Brit actor turned director Will Sharpe(“Black Pond”) directs it as a meow.

The biopic is taken from a story by Simon Stephenson and a screenplay by Stephenson and Sharpe. It tells the true story of the eccentric 19th century British artist Louis Wain (Benedict Cumberbatch), whose playful pictures in the 1880s of anthropomorphized felines helped change the public’s perception of how they viewed cats.

The Victorian artist Louis Wain is curiously played wearing a prosthetic nose and with all kinds of peccadilloes by Cumberbatch. The artist’s story is richly narrated in a voice-over by Olivia Colman. It traces the pop artist’s quirky path to fame from being a failed art teacher, failed musician, failed inventor to being a part-time illustrator for newspapers and magazines. Sir William Ingram (Toby Jones), the impish editor of a London gazette,  financially supported him despite his unconventional streaks. After recognition for his feline artistry and drawings of cats in human dress, Wain’s latter paintings took on a psychedelic turn.

The ‘electrical’ of the title comes about over some voodoo thrown into the story and Wain’s eye for mysticism.

What the strained mannered acting, over-ambitious and too long biopic couldn’t do was give me a clear picture of the artist, as it didn’t examine if the artist’s strange behavior meant he was mentally ill or maybe a bit touched (a reasonable assumption after observing several strange incidents he was involved in).

It premiered at the 48th Telluride Film Festival on September 2, 2021 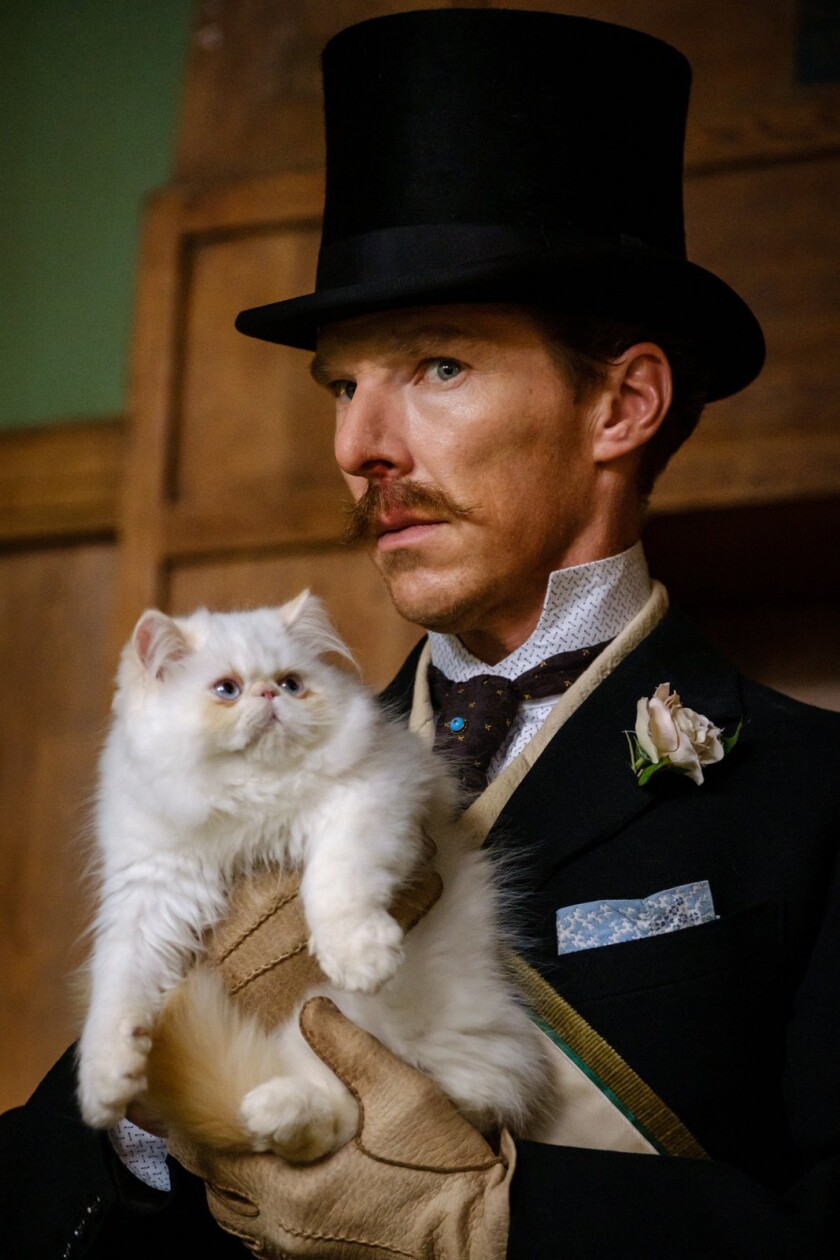 WIND ACROSS THE EVERGLADES