Hal Ashby(“Being There”/”The Slugger’s Wife”/”The Last Detail”) directs this dreary second-rate urban cop drama, about a cop on a free-fall. He was supposedly fired just before completing this turkey. The script by Oliver Stone and David Lee Henry is lacking oomph. An uncredited Robert Towne was called in to rewrite Stone’s script, who departed the film when Ashby was asked to direct instead of him. It’s based on the novels Eight Million Ways to Die & A Stab in the Dark by Lawrence Block.

Matthew Scudder (Jeff Bridges) is an officer in the LA Sheriff’s Department. After shooting a violent druggie during a narcotics home raid, Scudder’s alcohol problem worsens to the point he loses his job and his marriage breaks up. While at AA meetings, Scudder meets a prostitute, Sunny (Alexandra Paul), from the group who invites him to attend the party of his ex-vice bust, Chance (Randy Brooks). Chance is a nightclub owner who is the violent pimp who wouldn’t cut Sunny loose. At the party, Scudder meets the sleazy Cuban drug dealer Angel (Andy Garcia) and his moll Sarah (Rosanna Arquette). When Sunny is killed, Scudder zeroes in on finding the killer, risking his life many times to get answers.

The film’s best moment is when Arquette pukes over Bridges’ groin.

I could probably give you a hundred reasons why this is a bad film, but the synopsis should do the trick. 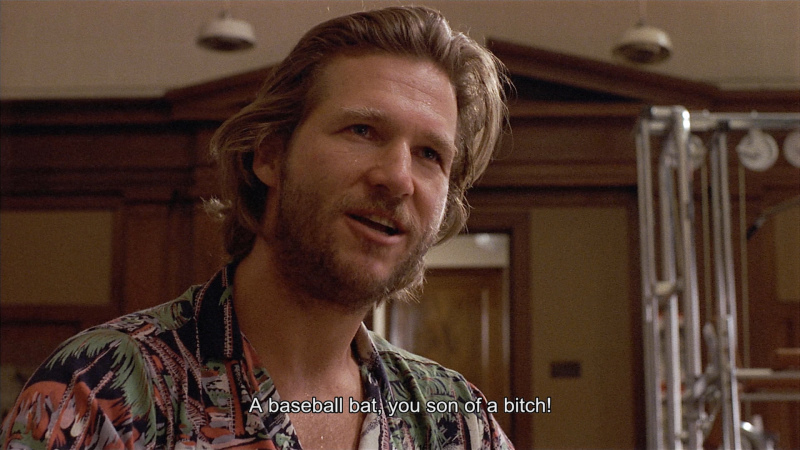