“This is a minor comedy, in the style of Ealing films from the 1950s, of the little man against the bureaucrats.”

This is a minor comedy, in the style of Ealing films from the 1950s, of the little man against the bureaucrats. It is set in the 1960s in a suburban Australian town called Spotswood. It tells the story about a cold, calculating efficiency expert, Errol Wallace (Hopkins), who has a change of heart after evaluating an old-fashioned, family-owned moccasin factory where he comes to realize that not everything could be measured by the bottom line. The film makes a point to show how Hopkins’s personal life is drab and his marriage is coming apart, yet he tells others how to manage their lives. This film has a gentle way of showing the war between the big business bureaucrats and the little man caught in the squeeze of downsizing for greater company profits. Anthony Hopkins offers a restraint performance that borders on brilliance, showing that he really cares that he had to fire workers in the face of business competition and foreign pressure. How effective the film was, depended on how much you thought Hopkins’s change mattered. I only felt I was seeing a Frank Capra type of social-issue picture that only goes surface deep and resorted to too many generalizations.

The small, rundown shoe company has been in business for a long time, but it expects to run out of money in about 18 months. The owner is Mr. Ball (Alwyn Kurts), one of those old-timers who really cares about his workers and forms a paternalistic relationship with them. But the place has not kept up with the modern times and is in need of a shot in the arm, or else it might go under. Hopkins says it reminds him of a visit to his grandfather’s house.

Hopkins gets his stopwatch out, gets a look at the poorly kept books, reviews the laissez-faire worker’s attitude, and has the foreman’s teenage son, Carey (Ben Mendelsohn), record the worker’s efficiency on the job. Carey only helps because the boss’ attractive daughter, Cheryl (Rigg), will be working with him in the office and he wants to get close to ask her out. But a young cocky upstart in the sales department, Kim (Crowe), who has a different attitude than the others who work there, thinking only of himself, gets to Cheryl first. The film will keep track of how the likable but goofy Carey does in the romance department. Since it is obvious that he is not Cheryl’s type and is too immature to realize how lucky he is to have a kindhearted girl who works in the dispatch department, Wendy (Toni Collette), show a love interest in him.

Meanwhile on Hopkins’s last efficiency assignment at a big auto plant, he recommended huge layoffs, which has sparked union unrest. Hopkins fully realizes that he will have to recommend firing most of the workers here also, including Carey’s father (Bruno Lawrence).

Hopkins tries to distance himself from the workers but he can’t, as the workers naively think he is there to modernize the plant and therefore go out of their way to be friendly to him. The culmination of this camaraderie, is when they invite him to join their team in slot car races for the state championship. So when it comes time to announce that the firm is firing them, Hopkins comes up with a new solution making them partners in the plant and having the plant expand into manufacturing gloves and seat covers to take the place of the slow sales in moccasins, thereby, saving their jobs. This happy ending seemed artificial…too contrived to confront the real problems still facing the workers in an economy driven by stock market expectations. 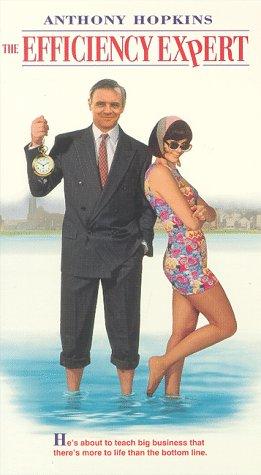