“Never seems anything more than absurd.”

Brit filmmaker Terence Fisher (“Island of Terror”/”The Gorgon”) competently directs, but the script by Harry Cross never seems anything more than absurd. Also, being dry and humorless is of no help for this middling sci-fi/horror pic.

Jeff Nolan (Willard Parker) is an English test pilot who discovers everyone in London is dead when he goes there after a test flight. When he unites with several other survivors-Peggy (Virginia Field), Quinn Taggart (Dennis Price) and Edgar Otis (Thorley Walters)-he realizes the country has been invaded by deadly alien robots who are patrolling the area looking for any survivors to kill.

Parker believes the robots are controlled from one spot and searches for that location, as he believes he can stop the invasion by destroying them at that spot.

The aliens have turned the corpses into zombies so they can control them.

When Parker discovers their location he wipes them out and saves the country. No other thought went into the film than this uninspiring plot line. 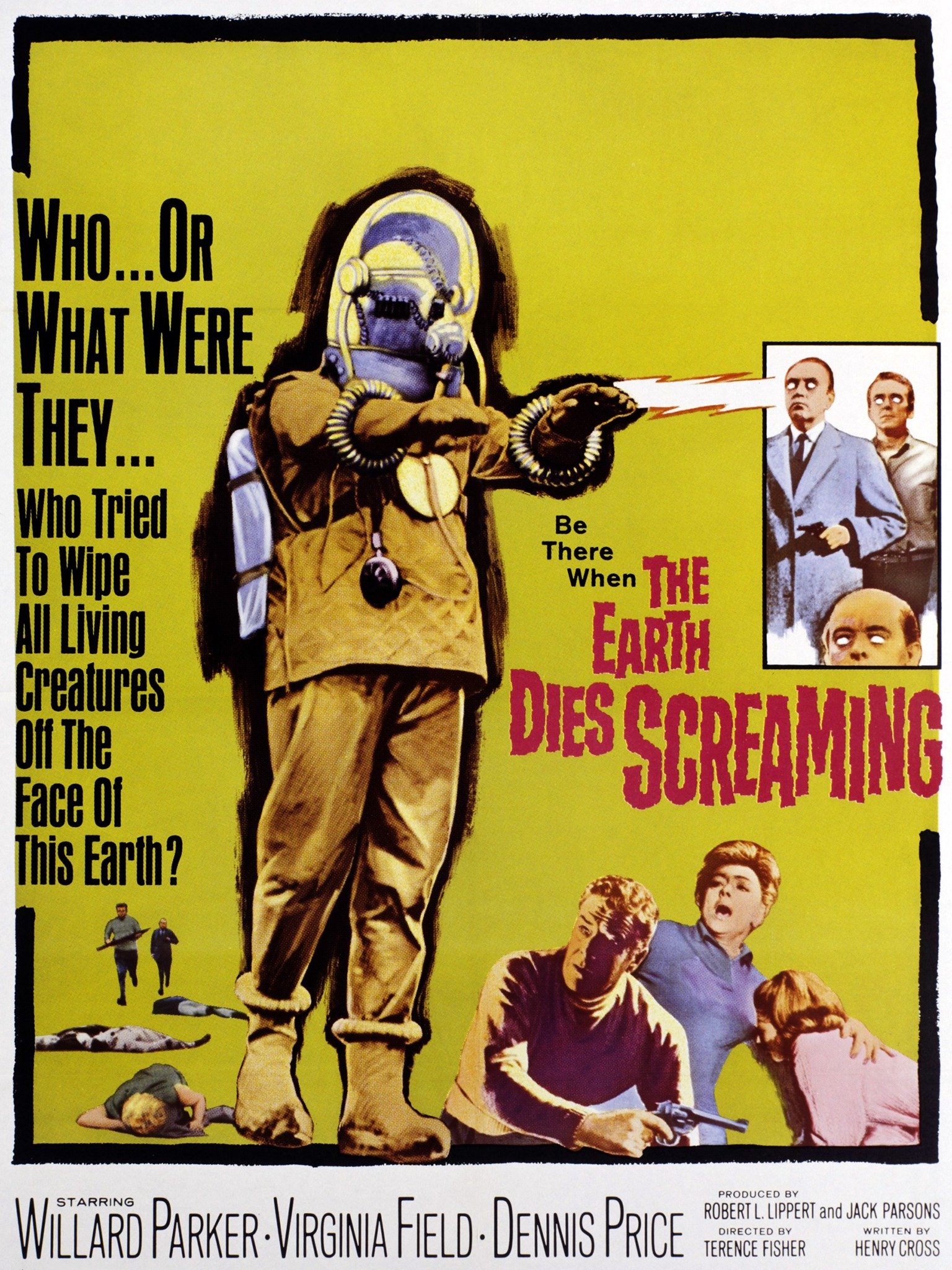 ONE YEAR, ONE NIGHT