The trashy and bloodier sequel to Mandingo (1975) is directed by the so-so exploitation filmmaker Steve Carver(“Capone”/”Big Bad Mama”/”The Wolves”). Carver replaced original director Burt Kennedy, who was fired because of artistic differences with the producers. It’s based on the novel by Kyle Onstott. The script is written by Norman Wexler. Everything is weak about it, from the acting, to the directing, to the script.

The story, set in the mid-19th century, revolves around slave-breeder Warren Oates buying slaves Ken Norton and Yaphet Kotto from bordello queen Isela Vega. If that wasn’t enough, it turns out Vega is the mulatto slave pit fighter Norton’s biological mother. And if that wasn’t enough trash to smell, we learn that Vega’s lesbian lover is the maid Paula Kelly who raised Norton. Pam Grier is wasted in an inconsequential role as Norton’s girl and sometime concubine to Oates. It ends with a spectacular slave revolt, and we get to watch a lot of folks get killed. 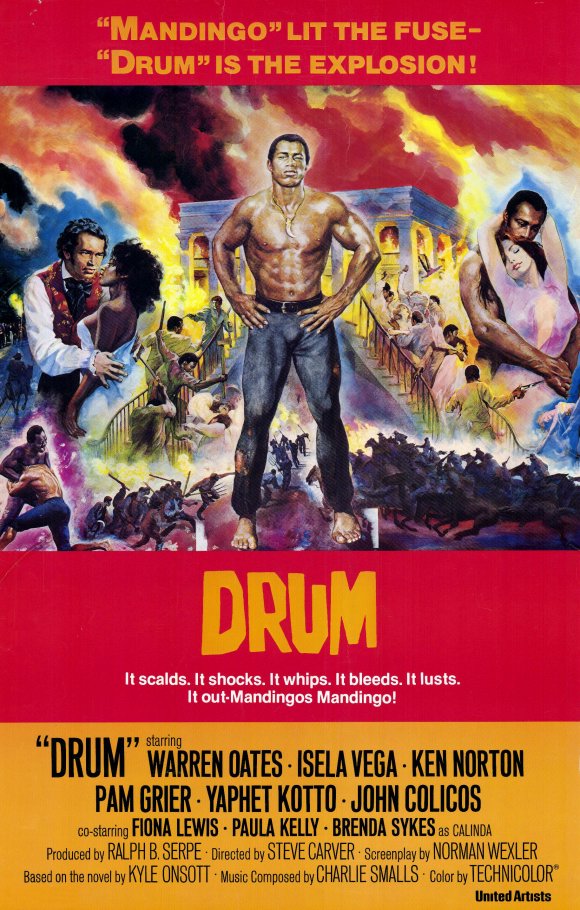