“One of the great supernatural thrillers.”

A chilling psychological supernatural thriller directed by noted cinematographer Nicolas Roeg. It is adapted from a short story by Daphne du Maurier.

The film centers around a young, professional couple, living in England, Laura and John Baxter (Julie Christie & Donald Sutherland), who have wonderful young children Christine (Sharon Williams) and Johnny (Nicholas Salter). The couple is devastated when Christine accidently drowns in their home pond while wearing a shiny red raincoat and chasing after her beach ball. John was home on this autumn day working on an architectural restoration project. The intercutting visuals show both her death and her brother John riding his bike over a pane of glass and the father shattering his wine glass happening all at the same time, and later John’s grief-stricken reaction upon going outside on a hunch and making his shocking discovery of her death. To get more distance on the tragedy and to help them forget the loss he and Laura relocate for a work/holiday in Venice, where he’s to work on restoring an old church. Here during the late autumn off-season, there’s a chance meeting with eccentric English sisters Heather (Hilary Mason) and Wendy (Clelia Matania) that startles them. The blind sister Heather warns them about a message from the dead child about an imminent danger and both the skeptical John, who dismisses any hope of contacting Christine in the spiritual world, and Laura, who is willing to believe that their dead daughter is actually sending them messages, find themselves trapped into a situation beyond their control.

The recurring images are made to look frighteningly real as associations with the past are ominously dredged up of water, darkness, the shiny red color of the daughter’s raincoat, and the shattering of glass. It’s all spooky and enigmatic as the canals, the dark labyrinthine city streets, the shadowy church structures, the crumbling walls of the old city and the shifting moods of the parents, are all refracted through the eerie lens of Venice. Things rapidly change from hope and joy to moments of danger and uncertainty. It’s hard to tell what’s real or an illusion, as Roeg and his cinematographer Anthony B. Richmond in a hypnotic and dreamlike way make sure we are kept on the edge of our seats.

One of the great supernatural thrillers, using the natural settings to create its fright instead of gore. 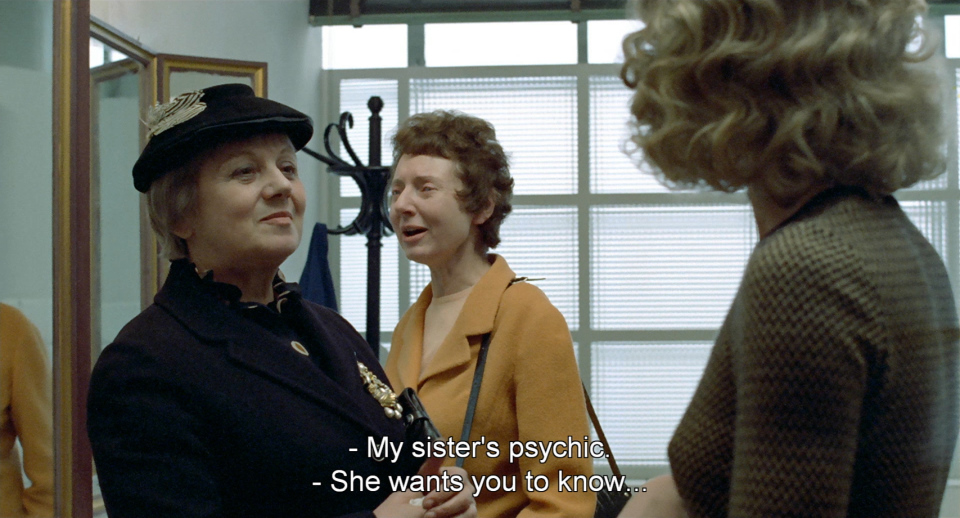