This is Alfred Hitchcock’s only attempt at shooting in 3-D and garners mixed results, as it provided many surprises but also made for some awkward compositions–that green ceramic lamp thrust forth in a close-up for no plot purpose except to highlight it for 3-D effect. It is based on the popular mystery play by Frederick Knott. Dial M For Murder mainly disappoints because it’s far too talky and stagebound, lacking the usual action and ambitions for a Hitchcock film. Though it’s still entertaining and mildly enjoyable and above-average, but only as one of the master’s minor works.

The carefully worked out scheme is to murder Kelly and make it look like the work of a burglar. But Kelly fights back and kills her assailant. When canny Scotland Yard Chief Inspector Hubbard (John Williams) investigates, he injects new life into the inert drama. Hitchcock shoots most of the film in a one-room set. The suspense builds when Milland improvises after his setback and subtly suggests that his wife has committed first-degree murder. In the meantime, Kelly wonders why a stranger would enter her flat and want to kill her. She still refuses to leave her unloving hubby, while bland Cummings can’t convince Milland to confess. The fun is seeing how Milland eventually gets tripped up after Kelly is left dangling over her predicament. Milland’s performance is chilling and gives the film the edge it needed. Kelly and Cummings contribute little to the drama, as his part is underwritten and she never convinces that she’s more a movie queen than an actress. 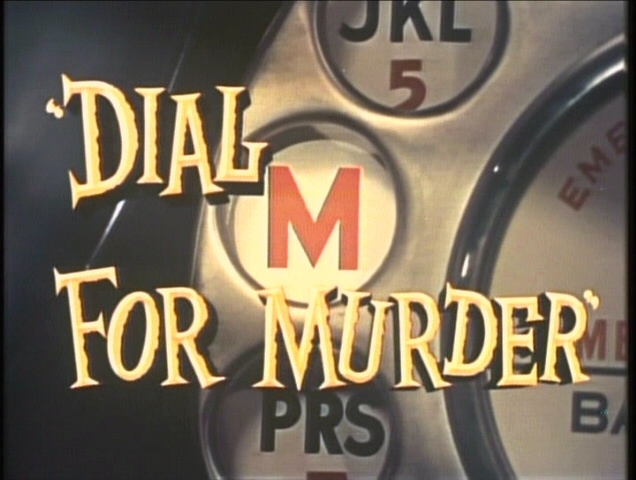