An early race relations drama by liberal filmmaker Stanley Kramer (“Inherit the Wind”/”Guess Who’s Coming to Dinner”/”Spartacus”). The schematic melodrama about racism has dated as a too obvious metaphor for American racism, but the acting retains its original crispness. Both Tony Curtis and Sidney Poitier received Best Actor Oscar nominations, while Theodore Bikel and Cara Williams picked up nominations in the Supporting Actor/Actress categories. The film, nominated for a Best Picture Oscar, is based on a story by Nathan E. Douglas (a blacklisted writer using an alias, whose real name was Nedrick Young) and is written by Harold Jacob Smith. Though gripping in parts, it becomes shackled with its heavy-handed liberal message calling for blacks and white to overcome their hatred for each other and to learn to be more tolerant. Poitier saw it as a break-through for his film career and for other blacks in films, as Hollywood made an effort to give a realistic portrayal of the black man—something it rarely did before.

A truck transporting chain gang convicts back to prison crashes on a rainswept Southern road. This causes two of the prisoners to escape, who are chained together: Noah Cullen (Sidney Poitier), an angry black man imprisoned for violently beating a white man who insulted him, and John “Joker” Jackson (Tony Curtis), a Southern white bigot arrested for theft.

Humanitarian Sheriff Max Muller (Theodore Bikel), under pressure from the governor, organizes a posse of state troopers and zealous civilian volunteers, but refuses to unleash a volunteer’s brutal Dobermans. This bothers the ambitious hotheaded police captain Frank Gibbons, who could care less if he captures the men dead or alive. These two viewpoints represent the different ways the law looked upon crime and racism.

Meanwhile, the disagreeable chained cons argue about which direction they should take. They finally choose to make their way through the swamp and experience all kinds of physical hardships navigating that course, whereby they must learn to rely on each other for support while chained together.

Soon they are captured by a lynch mob but are rescued by Big Sam (Lon Chaney Jr.), himself a former convict. The men are later sheltered by a lonely, love-starved abandoned mother (Cara Williams) with a son named Billy, who offers to turn in Cullen if Joker will stay with her. By this time the cons, who have gone through so much together, have become friends, and the tempting offer is first taken but then refused. It results in the now unchained cons trying to hop on a train to freedom in the north with the posse in hot pursuit.

Kramer was never a good director and couldn’t help being so ham-fisted, but he does an effective enough job here even though he beats his significant theme to death he still managed to capture a few powerful scenes to keep the film watchable. 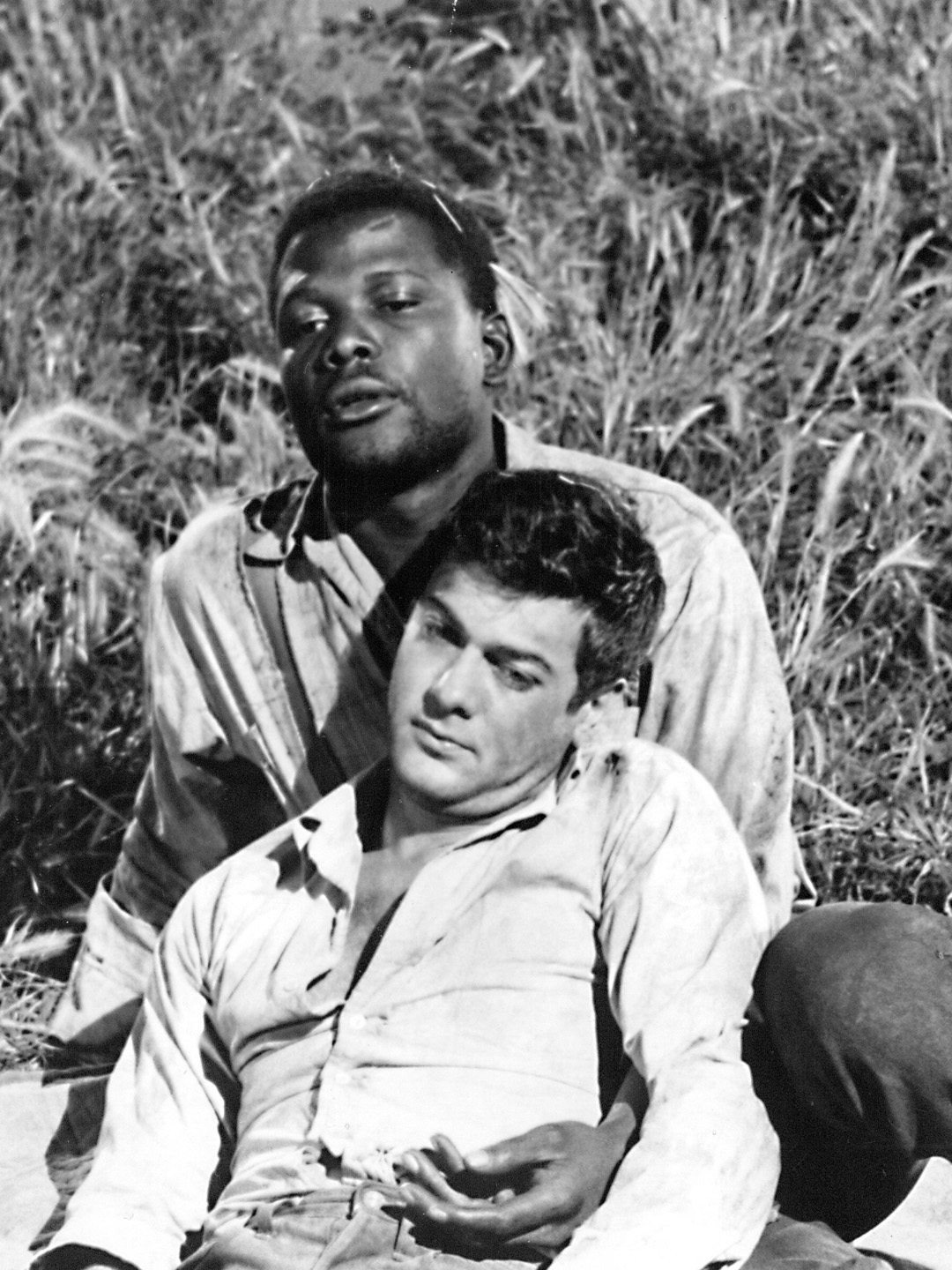