“A small film that offers small pleasures for fans of off-beat zombie flicks.“

A fair teen ‘cabin in the woods’ comedy/horror pic, with a zombie presence, directed by Peter Ricq in his feature film debut. Co-writers with Ricq are Phil Ivanusic and Davila Leblanc, trying to steer the splatter film to lay something on us about family values.

Three sarcastic adolescents- the shy Jason (Matthew Nelson-Mahood), his prankster friend Colin (Gabriel LaBelle) and Colin’s tomboy sister Summer (Lizzie Boys)- are together for a weekend vacationing at a rundown secluded cottage in the woods. Accompanying them is Colin and Summer’s laid-back likable divorced father Roger (Donavon Stinson), the cottage owner, and their potential stuck-up much younger stepmother Lisa (Valerie Tian). The kids go off by themselves to take a walk in the woods and stumble upon their weird neighbor’s (Lauren Holly) cabin. By looking through the windows discover inside there are secret zombies hidden, which is a possible clue for why people are disappearing in the area. The kids return to tell Roger, who is drunk but still decides to investigate along with the others. The kids to survive the zombie onslaught put on helmets. I can’t say it was a good film but it could have been a lot worse considering how slight was the plot. Yet the Holly character, some kind of a bizarre mother figure to the zombies (undead husband and kids), made me both wince and laugh. Also it showed that Jason had such an unhappy family life he sought happiness with another dysfunctional family, as his ulterior motive for tagging along on the vacation was that he hoped to interest the hard-edged Summer to warm up to him.

It’s a small film that offers small pleasures for fans of off-beat zombie flicks, with its spirited comic relief and the usual quota of gore for an old-fashioned horror pic updated for the smart phone crowd. 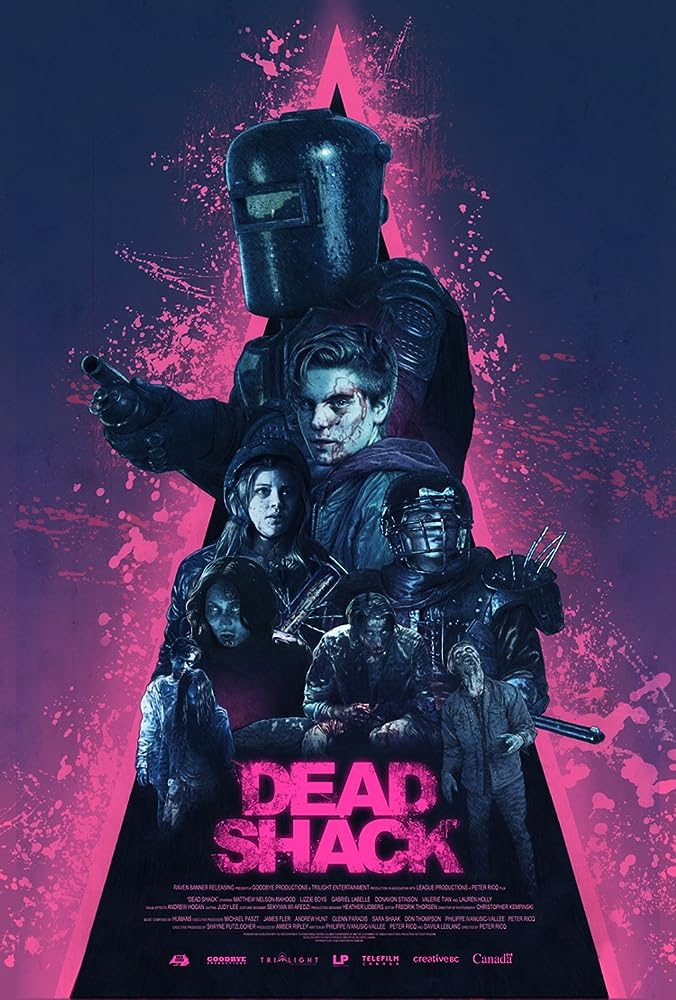