The title refers to the pictures of dead presidents (slang for paper money). This ambitious but awkwardly executed black experience period film of the 1960s and 1970s touching on the ill-effects of the Vietnam War on some African-American Bronx youths is directed by the 22-year-old twins Albert and Allen Hughes (“From Hell”) and is a follow-up to their surprise critical and boxoffice hit gangster film “Menace II Society.” It’s written in a muddled fashion by Michael Henry Brown and based on the story penned by Brown and the twins, that seems to be just out of their limited reach of experience as they look back at a period before their time and have nothing profound to add to what has already been said about such unseen institutionalized racism more clearly depicted in other pics.

Aimless Bronx resident Anthony Curtis (Larenz Tate) is 18 when he graduates high school and immediately joins the Marines in 1969. Anthony is a part-time milkman’s helper and runs numbers for his mentor, the colorful one-legged local pool hall owner Kirby (Keith David). The hustler lost his leg during the Korean War, and the hero worshiping kid thinks that the military will give him some opportunities he doesn’t have at home and make a man out of him. At a later date Anthony will be joined in ‘Nam by his two loudmouth neighborhood buddies, the sassy Skip (Chris Tucker), with ambitions to be a pimp, and the outrageous low-life Jose (Freddy Rodriguez). Anthony’s hardworking middle-class parents dwell in a tidy street of one-family houses. They would rather have seen their youngest son attend college like their older son, but dad, a military vet, goes along with the decision. Before leaving home Anthony sleeps with his girlfriend Juanita (Rose Jackson) and when in Vietnam, serving in an elite reconnaissance unit that experiences ghoulish carnage and brutality (which seems gratuitous), he learns that Juanita gave birth to his daughter. After four years of service and two tours of duty in Vietnam, where he earned the Silver Star, Anthony returns in 1973 to his northeast Bronx multi-racial neighborhood unharmed physically and without any bad habits but as he tells his concerned mom “except a little killing. For my country, of course.” Anthony now finds his community depressed with immense poverty, the wide-spread use of drugs, the rise of the black power movement influencing even his girlfriend’s sister (N’Bushe Wright), that he gets no respect for his war service, that Juanita has been supported by the menacing local pimp (Clifton Powell) in his absence, and that he’s just thought of as another disenfranchised black when looking for a job. When Anthony’s job with a kosher butcher (Seymour Cassell) falls through because of a lack of business (the remaining whites are deserting the decaying neighborhood), Anthony sees his only opportunity is in robbing with an armed gang of friends wearing mime-white makeup the armored Brink’s truck as it leaves the main post office in the Bronx on 149th Street. They steal $300,000 in unmarked bills from the botched heist, but it causes the death of several of their gang members and several police officers and it ultimately results in the gang’s capture.

The film feels lifeless until the final caper scene makes it come to life again. But it takes a long time to make such an obvious point about the war not being good for the American people, especially for blacks, and its stilted dialect is hard to sit through for such long stretches and not be overwhelmed with how robotic it sounds despite the energetic performances.

The film seems to get its Vietnam War history second-hand from pics like Platoon and not from the filmmaker’s own experience. The intense and excessive climactic set piece caper scene is the only true highlight in a superficial film. Overall the film delivers old news via didactic messages of blacks being used in Vietnam to fight a white man’s war, and audaciously wants us to take it for a fresh youthful look at the past. 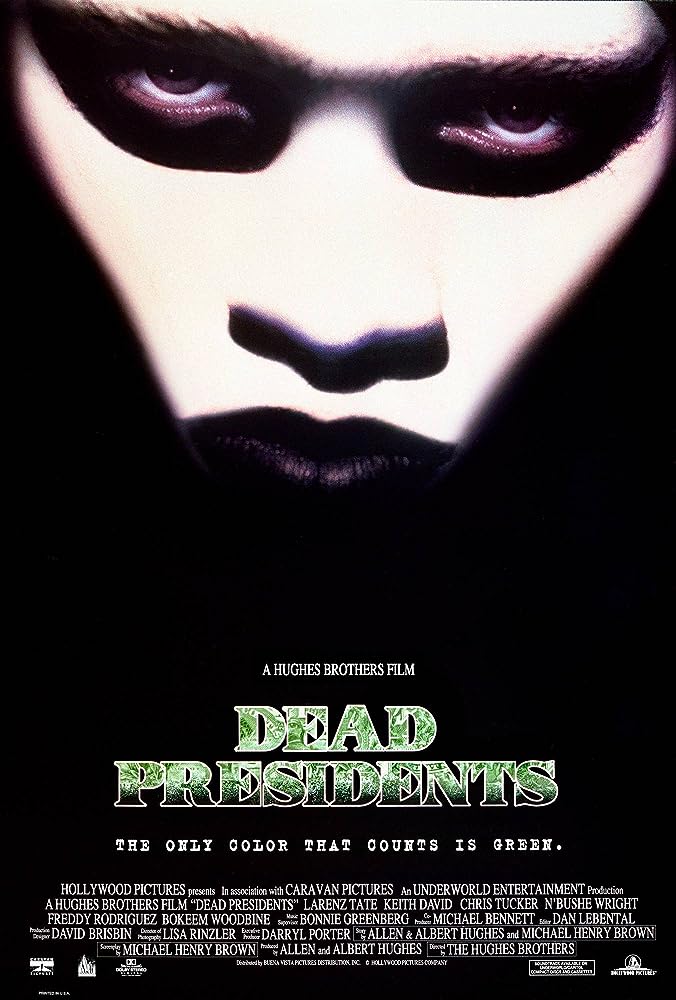