“A superb portrayal of Winston Churchill.“

Joe Wright (“Pan”/”Anna Karenina”) helms, in this political drama/biopic, a superb portrayal of Winston Churchill (Gary Oldman) on the eve of Dunkirk. It’s done in a well-crafted, richly visual and classy manner. It features many magnificent set pieces and an opulent and convincing performance by Gary Oldman.

It’s sharply written by Anthony McCarten, and is a fine complement to Christopher Nolan’s emboldened and innovative recent version of Dunkirk. In May 1940, WW2 has already started in Europe. The English appeaser, Prime Minister Neville Chamberlain (Ronald Pickup), is forced to resign and the new PM elected is Churchill. We follow the eloquent, cigar smoking and confident new leader as he sits covered in blankets in his dimly lit bedroom and is attended to by his jittery new secretary (Lily James). Churchill is full of vinegar and bluster at Hitler while chief political rivals, Chamberlain and Viscount Halifax (Stephen Dillane), and, even briefly King George VI (Ben Mendelsohn), advocate “peace” negotiations with Hitler as the only way to save the outmatched England from destruction. As we know from history during his first few weeks in office Churchill was a pillar of strength for the Brits to fight the enemy and never surrender.

It’s a time when France is close to giving up and the Nazis have trapped the British Expeditionary Force on the beaches of Dunkirk, France. The film lets us relive these historical moments, but bogs down with too many scenes of stuffy pols in underground war rooms and above ground the Parliament tiffs that were too clunky. What stands out was Churchill’s humanity, his patriotism and how he was the perfect leader for these dire times, who blurred the lines of political sides and stood with the masses to defeat the Nazi villains and its madman leader.

We are reminded of Churchill’s strengths by his loyal wife of 31 years, Clementine (Kristin Scott Thomas), who tells hubby, “You are strong because you are imperfect.” 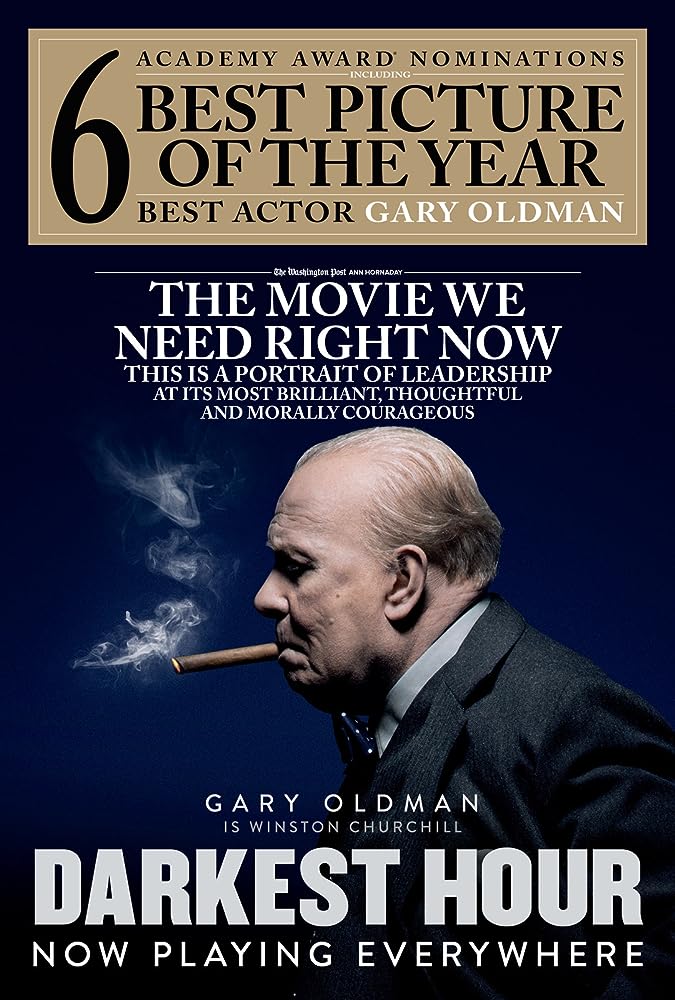