A dachra is an isolated hamlet.

The horror pic borrows freely from recent Western found-footage films like “Blair Witch,” as the low budget film creates a menacingly atmospheric setting in a cannibal village.  Abdelhamid Bouchnak (“Once Kerkouane”) is the Tunisian writer-director-editor of this well-crafted and well-produced horror film. It played well at the Venice Film Festival and at FrightFest in 2019.

The film was supposedly inspired by true events not substantiated.

A university journalism class in Tunis is assigned to film an exclusive report on “investigative reporting,” on any subject. The group of friends, prone to squabbling constantly, are working together on the project. They include Yassmine (Yassmine Dimassi), Walid (Aziz Jbali) and Bilel (Bilel Slatnia). They choose to explore a story Bilel lays on them, an apocryphal story about an alleged witch named Mongia (Hela Ayed), who’d been found on the side of the road with her throat slit and was sent to recover in an asylum. Bilel further tells the group that he has access to that asylum, and they eagerly rush off to check out the witch. But can only interview her by bribing the asylum workers. Not satisfied with the interview, the students go to the dachra where the incident took place. However, they are unaware that the road they are on is littered with corpses, as they perilously push on into the darkness of rural Tunisia.

The pic offers nothing new story-wise, but its location shots are unique for Westerners and the cultural backdrop to the story has a different flavor than other African cultures (as Tunisia is a blend of Southern European and North African traditions).

Bouchnak goes out of his way to tell us this region has been accused of still having primitive tribes exorcising rituals of witchcraft and cannibalism, which has led to many horror stories involving kidnapped children.

The suggestively violent story passes muster as the country’s first horror film. What it lacks in quality it makes up for in its pleasing visuals and how scary and tense things get. It’s the sort of silly horror film that never seems silly even if it is. Maybe because of religious censorship Tunisia is behind the times in genre films but, considering all things, I think we have a successful first horror pic from Tunisia. At least I enjoyed it. 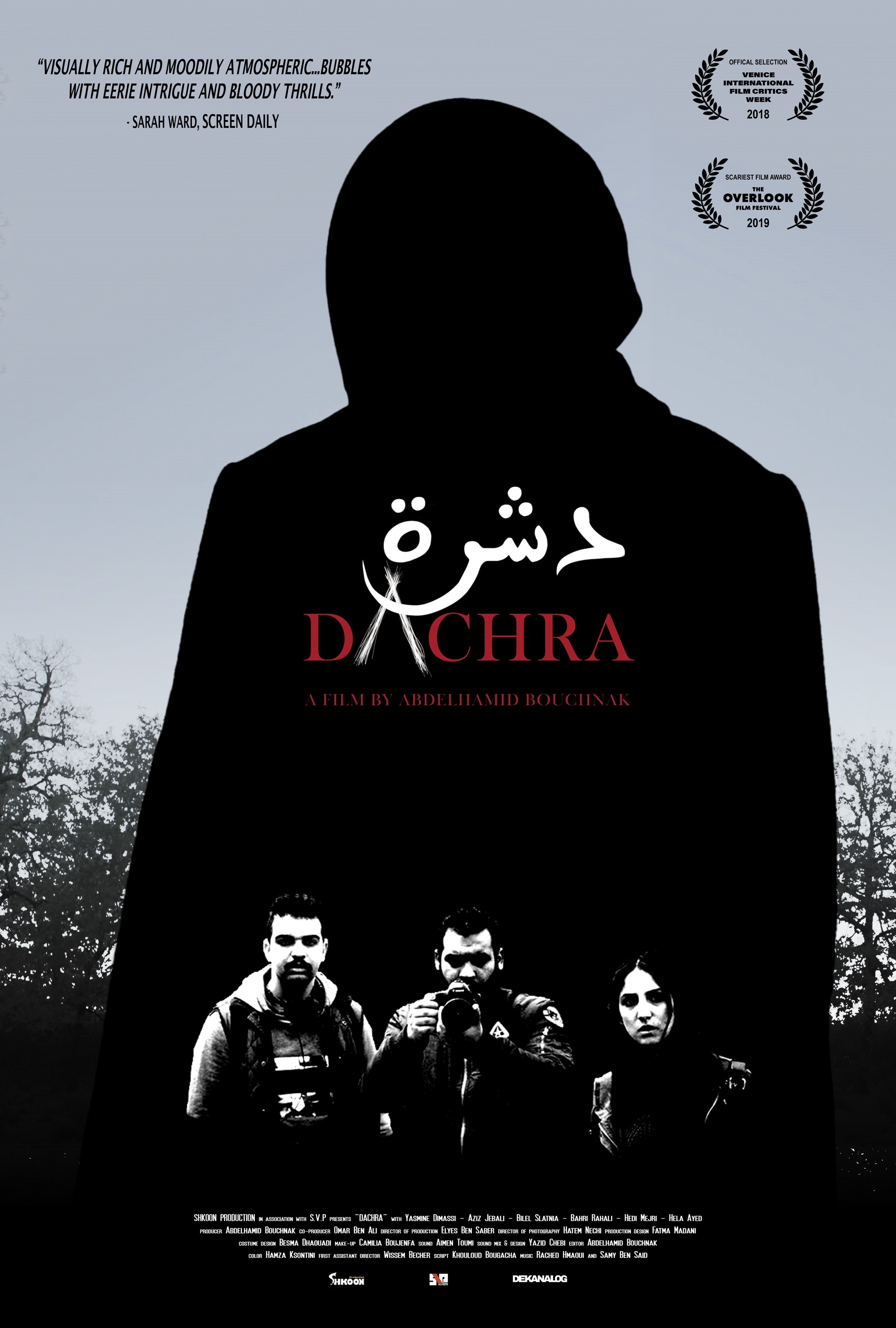 A HIGH WIND IN JAMAICA