“An enigmatic thriller that never quite gets going.”

An enigmatic thriller that never quite gets going. It is set in the dank countryside of New Zealand amid bubbling and unpredictable mud springs, tacky bars, and morbid hospital rooms. The murky tale, director Alison Maclean’s debut feature-length film, is about a journalist, Christina (Donogh Rees), traveling with her American female lover to interview a once-famous author, Colin (Zappa), living in an isolated fishing town. He had once written a book of the year novel.

The women car crash while speeding around a bend and the literary critic has severe head injuries, causing her to remain in the hospital in a coma. Christina’s companion, Lane (Marcia Gay Harden), the driver of the car walks away from the accident unharmed and decides to visit the author the next day, after she first peruses his book and steals her friend’s notes on the author.

Lane meets the author’s serious-minded 15-year-old daughter Angela (Bossley) and takes her to a lowlife bar after loaning her a hot dress. Lane is a wild spirit, causing a commotion in the author’s quiet household by getting the timid author to go to bed with her. The kid soon turns against Lane seeing her as a lying, hypocritical bitch, someone who shows no concern for her friend, never even visiting her.

Lane pushes herself onto the author, now working at a fishing job, and becomes his houseguest, against the cries of Angela. Lane recklessly plays games with all the people she meets, looking down upon their mundane lifestyles and dangerously plays with their emotions. Lane’s a vulnerable monster, who plays heartless with others to hide her own insecurities. Meanwhile Angela becomes obsessed with Christina and visits her daily in the hospital, giving her spiritual sustenance and getting her to start to talk in a limited way. She has been feeding Christina poison about Lane and is trying to get the victim back on her feet to confront her friend. But Christina shows signs of being mentally unbalanced. In the hospital she takes pleasure in inflicting hurt onto others.

The climax comes as Christina in a wheelchair is a houseguest at the author’s, through the daughter’s insistence. The story gets played out as a bisexual revenge thriller; but, it never seems to be totally convincing. It’s always too enigmatic and bleak, and its surprise ending falls like a dead weight into a waterfalls.

Marcia Gay Harden mops up the screen with her amoral and seductive performance, while Donogh Rees shines in carrying out her malevolent hidden agenda. It’s a film that successfully and darkly explores the motives of its three female characters and their ambiguous relationships with others, but fails to stimulate the intellect. 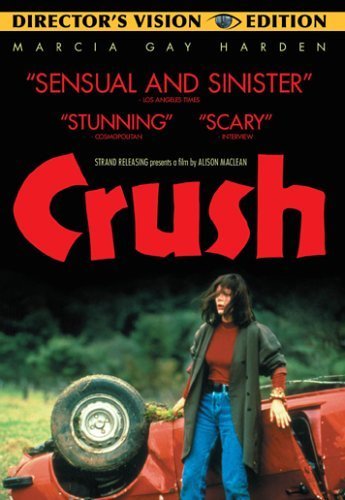