Robert Redford (“Ordinary People”/”Quiz Show”/”A River Runs Through It”) directs a post-Civil War courtroom drama meant to be a timeless pic about justice being served in a democracy, as this historical drama remains relevant in today’s chaotic world of terrorism and the suspension of certain civil liberties in the face of America’s War on Terrorism. It’s an important and needed film on a forgotten part of America’s past, seldom taught in schools. But it’s a subject that suffers because it’s mechanically written and its liberal Blue State viewpoint gives it little chance of reaching those outside of the choir. Furthermore its political agenda seems thrust upon us in a forceful and manipulative manner. The film tries to overcome its heavy-handed and preachy presentation because its heart is in the right place, the acting is uniformly good, the period drama has an authentic atmosphere (it was shot in Savannah, Ga, and got all the details of that period just right) and it follows in a long list of populist Hollywood courtroom films showing a loner taking an unpopular stand in his fight for justice. Entertaining and ethically sound pictures such as “12 Angry Men” and “From To Kill a Mockingbird” immediately come to mind as films with the same fervent liberal spirit.

Redford meant this courtroom drama about the Southern group of terrorists who assassinated President Lincoln on April 15, 1965, at the Ford Theater (less than a week after Robert E. Lee surrendered to Ulysses S. Grant to end the Civil War), and organized attempts on the lives of Vice President Andrew Johnson and Secretary of State William H. Seward, as a reminder for us to hold to following the Constitution in order to preserve our democracy no matter how much we hate the prisoners and how intense we are at war. It’s an old-fashioned drama meant to warn us to not forget what America stands for in our zeal to fight our enemies.

After theater actor John Wilkes Booth assassinates President Lincoln while he’s watching a play in Washington, D.C., Union soldiers hunt him down and kill him in a barn. Eight Southern terrorists are brought to trial, including the only woman–the widowed 42-year-old cryptic pious Catholic Southern boardinghouse owner Mary Surratt (Robin Wright). The woman’s boarding house is where Booth hatched his plot. Mary is charged with being part of the group of assassins, through guilt by association. Because her son John Surratt (Johnny Simmons), a known ally of Booth, is the only member of the group to escape, the thought of putting her on trial is to make her son surrender to save his mom’s life (when brought to trial 16 months later, after his mother was hanged with three others, ironically John’s the only one of the group exonerated in a hung jury).

Senator Reverdy Johnson (Tom Wilkinson) of Maryland, a cunning Southern lawyer, believing in the American justice system, defends Mary Surratt in a military tribunal (where the soldier jurors are appointed by the zealous Secretary of War Edwin Stanton (Kevin Kline), who has made it clear he would subvert the justice system to make sure all of the accused are executed). When Senator Johnson realizes he needs a Union patriot to have any chance of success, he coerces his reluctant young associate, the 27-year-old former war hero Union captain, Frederick Aiken (James McAvoy), to defend the case in the prejudiced courtroom despite the captain’s initial belief that his client is guilty.

The long drawn-out trial is an excuse to show how the film’s heavy, Stanton, stacked things so the outcome of the kangaroo trial was fixed and just presented as a charade for justice. The chief prosecutor, Joseph Holt (Danny Huston), is an oily man who has no problem with subverting justice and the head of the tribunal, Gen. David Hunter (Colm Meaney), makes a mockery of the trial by always ruling against the defense and railroading the defendant despite the prosecutor’s two main witnesses (Stephen Root & Jonathan Groff) perjuring themselves to save their own necks. Mary’s passionate daughter Anna (Evan Rachel Wood) is under house arrest and is pressed by the lawyer to sell-out her younger brother so her mom could be saved. In the end, Stanton, we are told, wanted all the plotters hanged as a lesson to future Southern terrorists, and ignored the military tribune’s initial call for a verdict of a life sentence for the stoical Mary.

Because the earnest and competent Aiken puts up a vigorous defense: he’s attacked by the public as a Reb lover, loses his long-time girlfriend Sarah (Alexis Bledel) and when his client is hanged will give up his law practice to become editor of the Washington Post. Only his comrades who fought with him (Justin Long & James Badge Dale) remain loyal.

Its attempts to build sympathy for Mary Surratt and prove her innocence, is a tough sell since her group of Southerners assassinated a president in their attempt to overthrow the government, their racist cause was not one to be cherished or looked upon as something benign or were they to be admired for being so loyal to a lost cause that is so demeaning and anti-American. For Mary to be unaware of the group’s terrorist attitudes is a stretch–even if she wasn’t directly involved in the assassination, she seemingly was one of them despite her claim not to be an assassin. But if the film was trying to bury the Bush administration for its fear-mongering and fascistic-like ideas of justice during wartime, that’s another story (though Solomon claims to have written the script in the early 1990s). What the pic couldn’t do was make it both entertaining and educational, as it somewhat bungled both efforts by trying so hard to beat the viewer over the head with such a one-sided history lecture that rings as much true as untrue and that for long stretches it became unforgivably lifeless, tedious and smug.

The film would be better served if shown on educational TV.

It offers one powerful quote from Cicero: “In times of war, the law falls silent.” Which tells us all we want to know about how a fearful country reacts in challenging times when proper political leadership is lacking. It best serves as a sincere message to the viewer to be vigilant and steadfast in the support of democratic ideals. 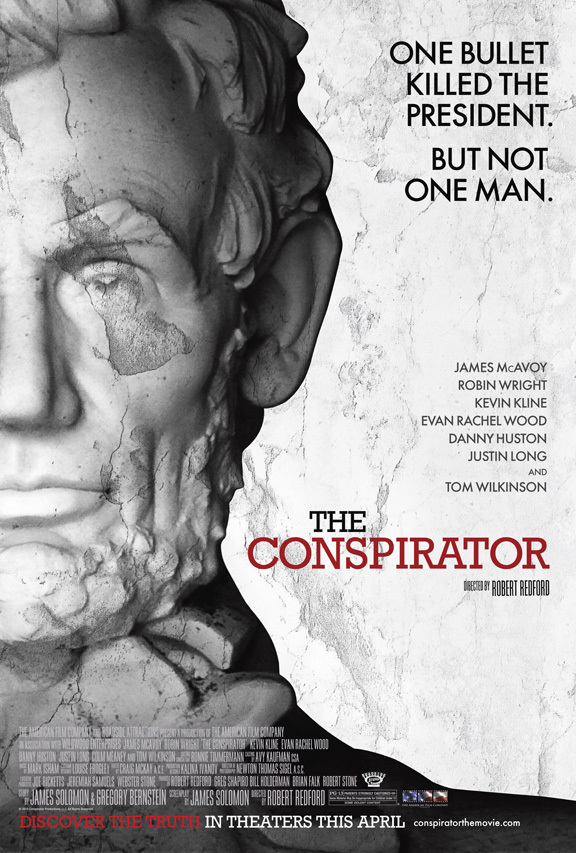