A poignant family drama written and directed by Mike Mills(“Beginners”/”Thumbsuckers”). He’s a filmmaker known for making shapeless films and making dramatic points visually with either jump cuts or cross-cutting, as he favors making direct emotional contact over using the narrative touch.

The middle-aged, single, loner, nice guy Johnny (Joaquin Phoenix) is a hard working radio journalist, stationed in New York, who travels the country to interview kids in different locales about their insights. He’s back home in his birthplace of Los Angeles during a family crisis, when his sister Viv (Gaby Hoffmann), whose husband Paul (Scoot McNairy) has moved to Oakland after undergoing a mental health crisis. Viv asks her brother to mind his precocious 9-year-old nephew, Jesse (Woody Norman), who is a smart kid who suffers from periodic bouts with a bi-polar disorder (going through extreme emotional turns), while she travels to help her hubby. When she must stay longer, Johnny agrees to take her kid on the road with him.

It’s a low-key but potent drama, with no right or wrong answers or really no tension. It lets us see the rewards and tribulations of parenting through the eyes of a brother and sister who are both good people trying to do the right thing. 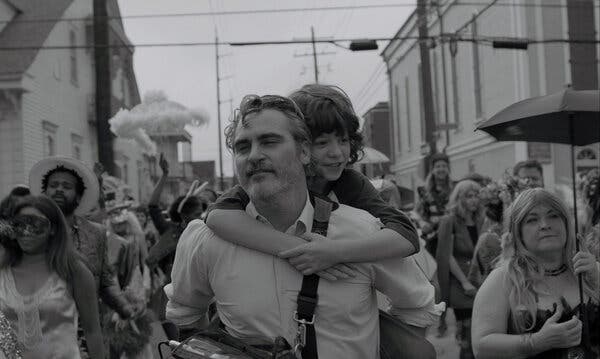 REQUIEM FOR A VAMPIRE