Coming between two masterpieces, The Gold Rush (1925) and City Lights (1931), it’s easy to overlook The Circus. Chaplin was faced at the time of filming with a messy divorce from Lita Grey, wife number two. This delayed shooting for eight months. Another delay of eight months followed when a fire destroyed the set. On top of that Chaplin was faced with the IRS breathing down his neck over a tax dispute. It also seemed risky placing Charlie in a circus setting where his Little Tramp routine had to compete against the clowns. All these problems never showed on the screen, as Chaplin’s slapstick comedy worked to great effect. The comedy antics are framed around a tender love story, where Charlie is disappointed by a failed love.

The Little Tramp is falsely accused of being a pickpocket and escapes from the chasing police by running into the circus. While interfering with the ongoing acts, the crowd thinks he’s part of the show and he becomes known as the funny man. The bullying circus owner (Al Ernest Garcia) hires him as a property man, not wanting him to know he’s the hit of the show bringing in the crowds, therefore paying him very little. But the owner’s pretty stepdaughter Merna (Merna Kennedy), whom he harshly treats, blabs this to the Little Tramp. He takes her kindness for love, but soon learns she’s fallen in love with the newly arrived hunky tight-rope walker Rex (Harry Crocker).

The set-pieces are very funny and include: the opening pickpocket routine, being chased through a hall of mirrors, trapped in the cage of a sleeping lion, and the scene near the end when his trousers can’t stay up and monkeys climb over him as he’s high up on the tightrope. It ends on a bittersweet note with Charlie being noble and making sure the lovers connect. 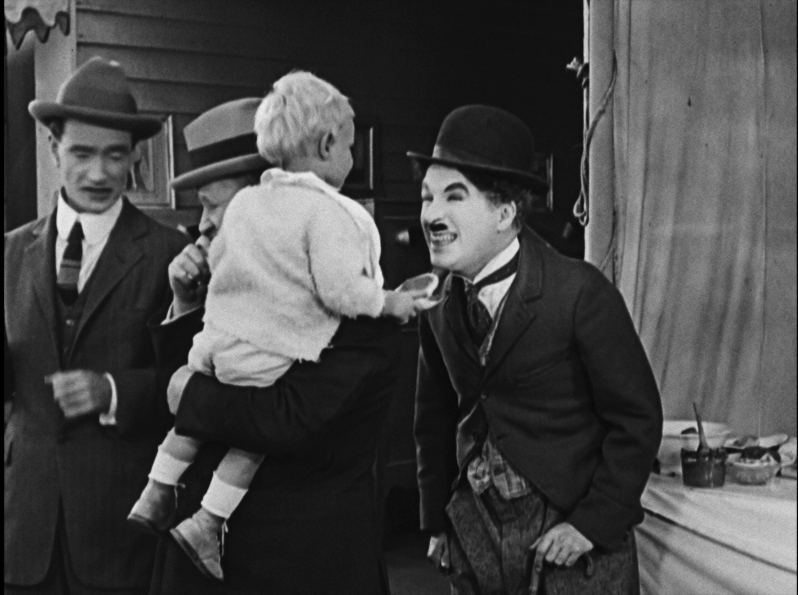